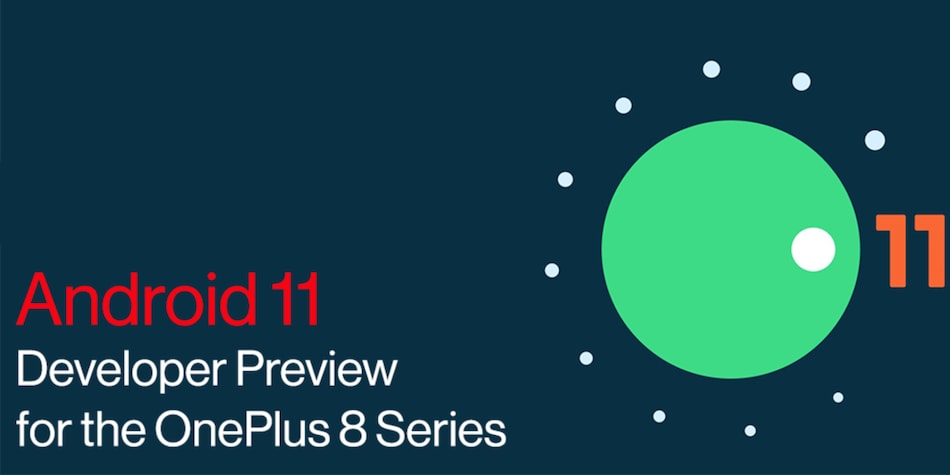 OnePlus 8 and OnePlus 8 Pro are the latest phones to get the new Android 11 beta 1 update. For all those who wish to download and try Android 11, OnePlus has released the download links of the new software for the OnePlus 8 series phones, and users can install it manually. This comes soon after Google released Android 11 beta 1 for Pixel devices. Oppo and Xiaomi have also announced that they would soon release Android 11 beta 1 for some of their phones as well. As is the case with beta updates, especially the early ones, the new update is likely packing several bugs, therefore, caution is advised before installing the beta version on your primary device.

The Chinese company has taken to its forums to announce that the OnePlus 8 and OnePlus 8 Pro phone users can now download ‘the very first Android 11 Beta as part of the Developer Preview Program'. This update is meant for app developers and other advanced users who wish to test out Android 11 and build software around it. It isn't meant for those who use OnePlus 8 and OnePlus 8 Pro units as primary daily drivers. This update will require users to flash their phones and deleting all of their existing device data. For those who aren't familiar with the method of installing developer previews could risk bricking their phone as well.

OnePlus has also opened up an option to roll back to the local OTA update in case users don't find it comfortable to be on the Android 11 beta 1.

Here are the rollback download links for OnePlus 8 Pro