OnePlus 7T With 90Hz Display to Launch on September 26 in India, OnePlus TV Teased to Launch Alongside 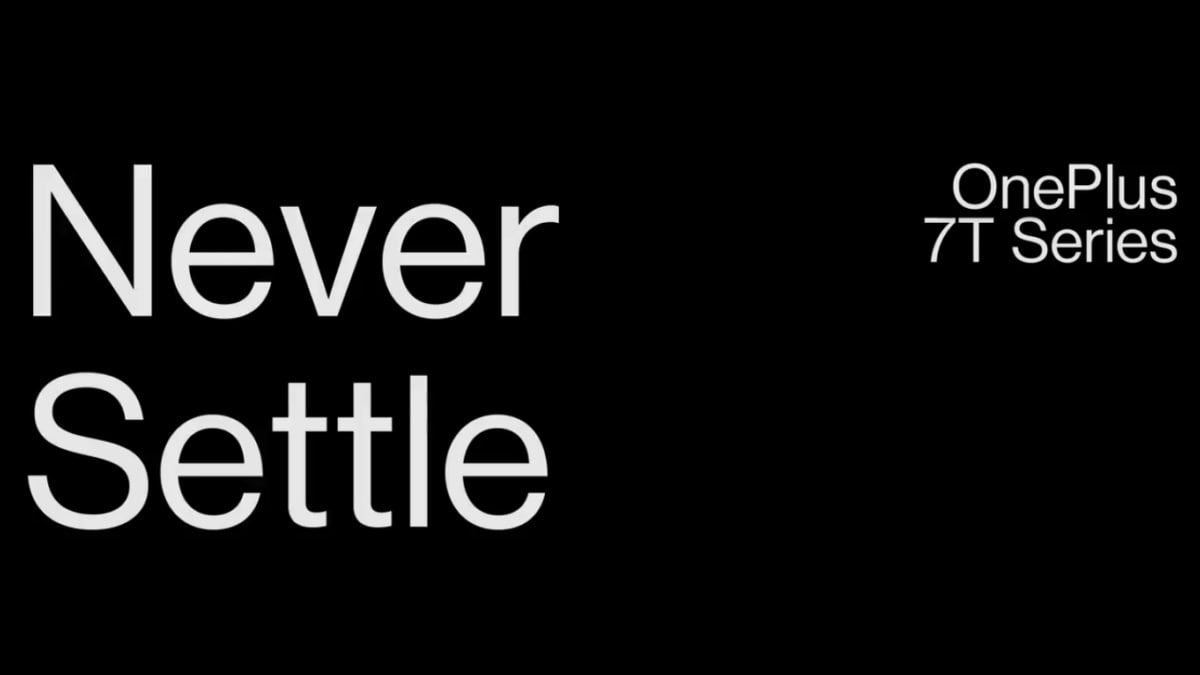 OnePlus will showcase its upcoming products – including the OnePlusTV as hinted by the YouTube teaser trailer - at multiple venues starting with an event on September 26 in New Delhi, and later in London. The company will also host an online event that will be streamed on the company's website, as well as the official OnePlus Facebook, Instagram, Twitter, and YouTube accounts for the US audience. The company will then host an event in London on October 10 for the OnePlus 7T series' global debut.

Talking about the OnePlus 7T, it is tipped to sport a 6.55-inch AMOLED display with HDR 10+ support and a 90Hz refresh rate. It will reportedly be powered by the Qualcomm Snapdragon 855+ SoC paired with 8GB of RAM and up to 256GB of internal storage. It might sport a 48-megapixel primary sensor with an f/1.6 aperture, assisted by a 12-megapixel telephoto lens with 2X optical zoom and a 16-megapixel ultra-wide-angle sensor with a 120-degree field of view. It will reportedly come equipped with a 3,800mAh battery and will ship with a 30W Warp Charger.

The OnePlus 7T Pro, on the other hand, is rumoured to pack a 6.65-inch AMOLED display with QHD+ resolution and will be powered by the Qualcomm Snapdragon 855+ SoC ticking alongside 8GB of RAM and 256GB of storage. Camera setup on this phone will reportedly include a 48-megapixel primary camera, paired with an 8-megapixel telephoto lens with 3x zoom, and a 16-megapixel ultra-wide-angle sensor with a 120-degree field of view. Both the phones are tipped to hit the shelves on October 15.