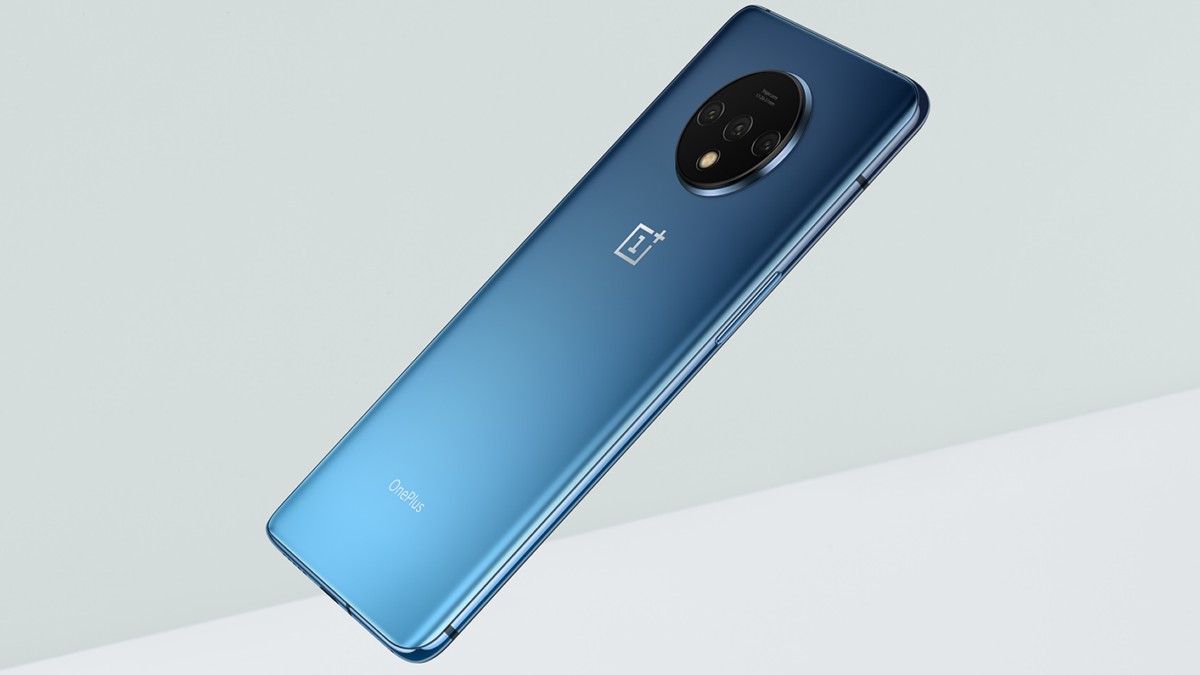 The OnePlus TV is also yet to receive a formal price tag. However, OnePlus CEO Pete Lau in a recent conversation with Gadgets 360 mentioned that the smart TV wouldn't be as affordable as the Mi TV models and "may be slightly cheaper" than the models offered by Sony and Samsung in the market.

Amazon has teased the availability of both the OnePlus 7T and OnePlus TV through its online marketplace in India. However, OnePlus online and offline stores are also likely to sell the new offerings alongside various partner stores.

With the OnePlus 7T, OnePlus has continued its trend of releasing teasers ahead of formally launching its new smartphone models. The company even recently released some official renders showcasing the back of the new handset that appears to have a matte finish along with a gradient design and a circular camera setup that seems to have three sensors.

The OnePlus 7T is also teased to come preloaded with Android 10 and sport a 90Hz Fluid Display. If we look at some of the recently leaked case renders, the new OnePlus phone would have button placements similar to the OnePlus 7.

A Geekbench listing has suggested the presence of an octa-core Qualcomm Snapdragon 855+ SoC on the OnePlus 7T. The phone is also expected to have at least 8GB of RAM.

Just like the OnePlus 7T, OnePlus has revealed much about its new smart TV through various teasers. The OnePlus TV will sport a 55-inch QLED display and include Dolby Vision support. The Android TV-based television is also touted to receive software updates for at least three years. Further, it will come with eight speakers with 50W output combined, Dolby Atmos support, and a custom Gamma Color Magic processor.

The OnePlus TV will come with an all-new remote control that is teased to include a dedicated Google Assistant button. Recent teasers have also confirmed a bezel-less display, Kevlar finish at the back, and a feature to automatically change the volume levels when a phone call reaches a connected smartphone. Additionally, the OnePlus TV is expected to come with Amazon Alexa integration and sport a new, unique looking stand.