OnePlus 7T Pro and OnePlus 7T both will come with a Fluid Display, OnePlus confirmed in a Twitter post on Wednesday. 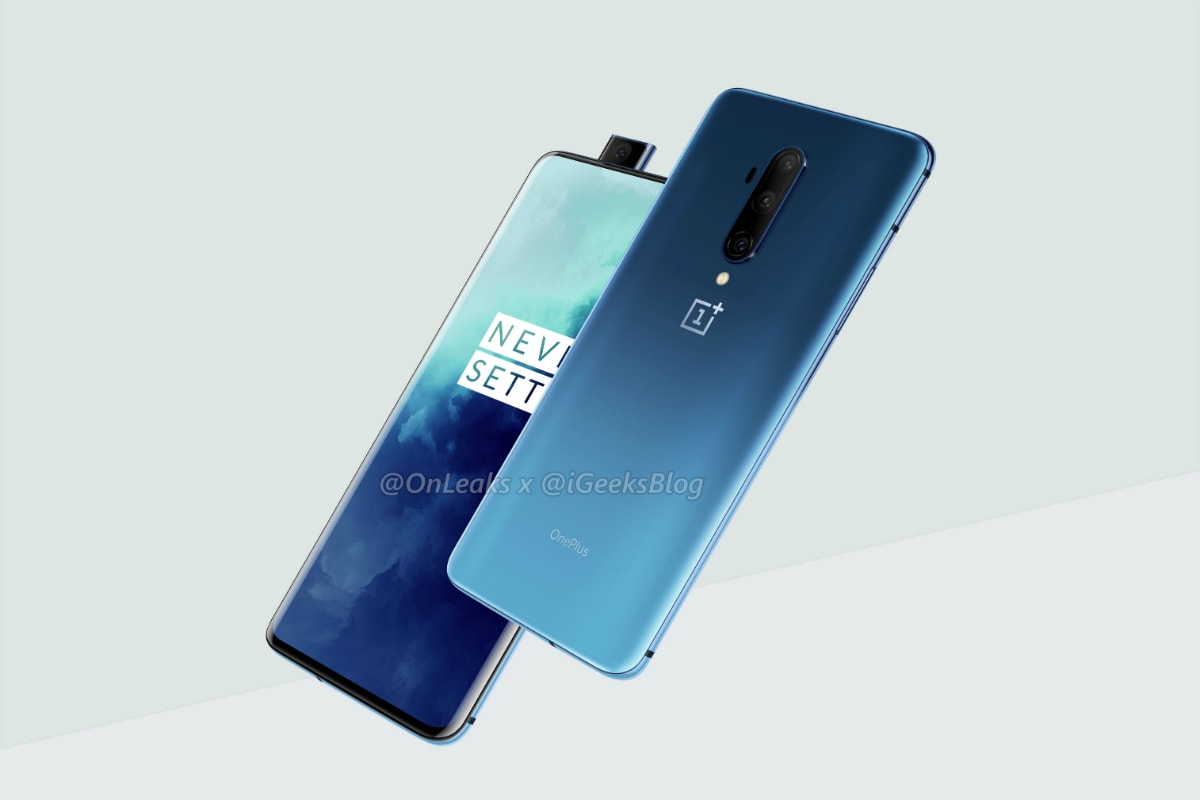 The fresh render, courtesy OnLeaks in a collaboration with iGeeksBlog, shows the design of the OnePlus 7T Pro. The smartphone appears with the pop-up selfie camera that enables the edge-to-edge display. Further, the handset is seen in a new Haze Blue colour option, similar to what we saw with the OnePlus 7T Pro design renders officially shared earlier this week.

At the back, the render highlights that the OnePlus 7T Pro has a Time-of-Flight (ToF) sensor alongside its triple rear camera setup. The back panel featured on the leaked render appears to have the same matte finish that we saw on the official render released earlier this week, which showed off the OnePlus 7T Pro design. A OnePlus 7T Pro McLaren Edition was also tipped in the recent past that could come with a textured rear panel.

A Geekbench listing has been spotted tech blog IndiaShopps that details the OnePlus HD1903, which is supposed to be the OnePlus 7T. The listing shows that the phone has 8GB of RAM and an octa-core SoC. The latter could be the Qualcomm Snapdragon 855+ SoC.

Further, the online listing shows that the OnePlus phone runs Android 10 out-of-the-box. It has received a single-core score of 791 and multi-core score of 2,855. The upload date of the Geekbench listing is September 18 -- suggesting it as a prototype of the OnePlus 7T.

To recall, the OnePlus 7T and OnePlus 7T Pro launch in India is scheduled for September 26. The company is expected to unveil the OnePlus TV alongside the two new smartphones.