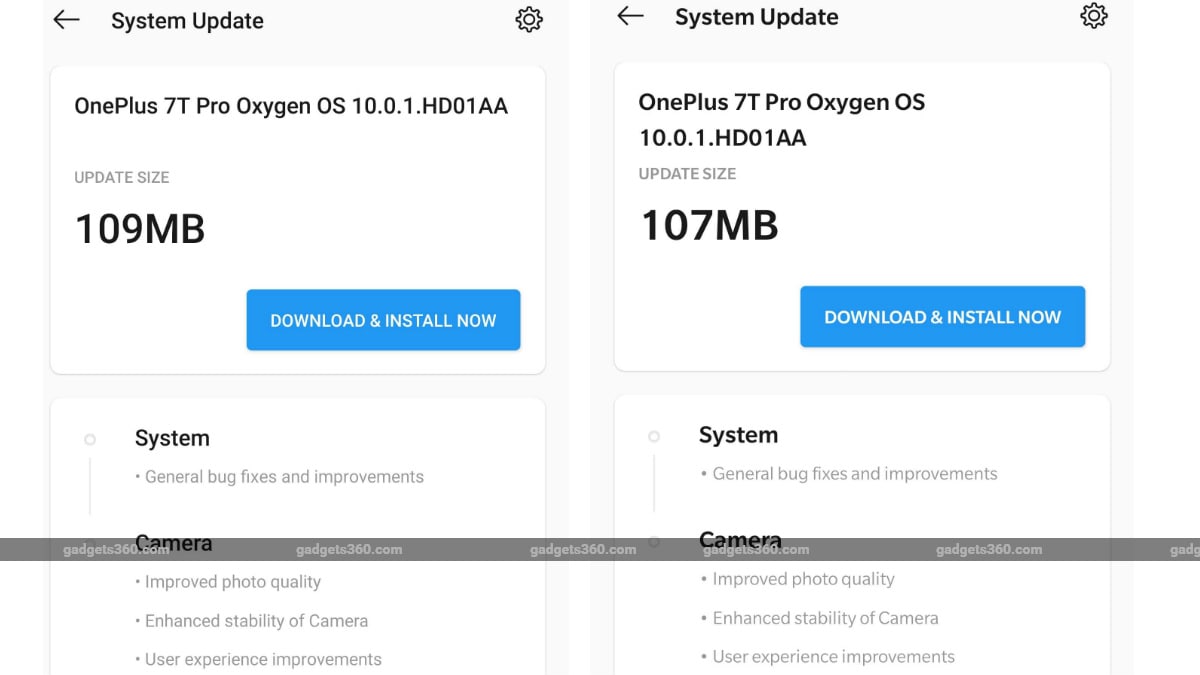 OnePlus 7T Pro is available to buy on Amazon India

We recommend users to update their OnePlus 7T Pro and OnePlus 7T Pro McLaren Edition as soon as possible. If you haven't received a notification, check manually in Settings to see if you've received it or not. Ensure that you download the update under good Wi-Fi connection and while the phone is on charge. As is usual with OnePlus, one can expect the rollout to be in batches.

As mentioned, the OnePlus 7T Pro price in India is set at Rs. 53,999 for the lone 8GB RAM + 256GB storage configuration. The smartphone comes in single, Haze Blue colour option. It is available to buy on Amazon India, OnePlus.in and OnePlus offline stores. The OnePlus 7T Pro McLaren Edition, on the other hand, will go on sale from November 5 with a price tag of Rs. 58,999.