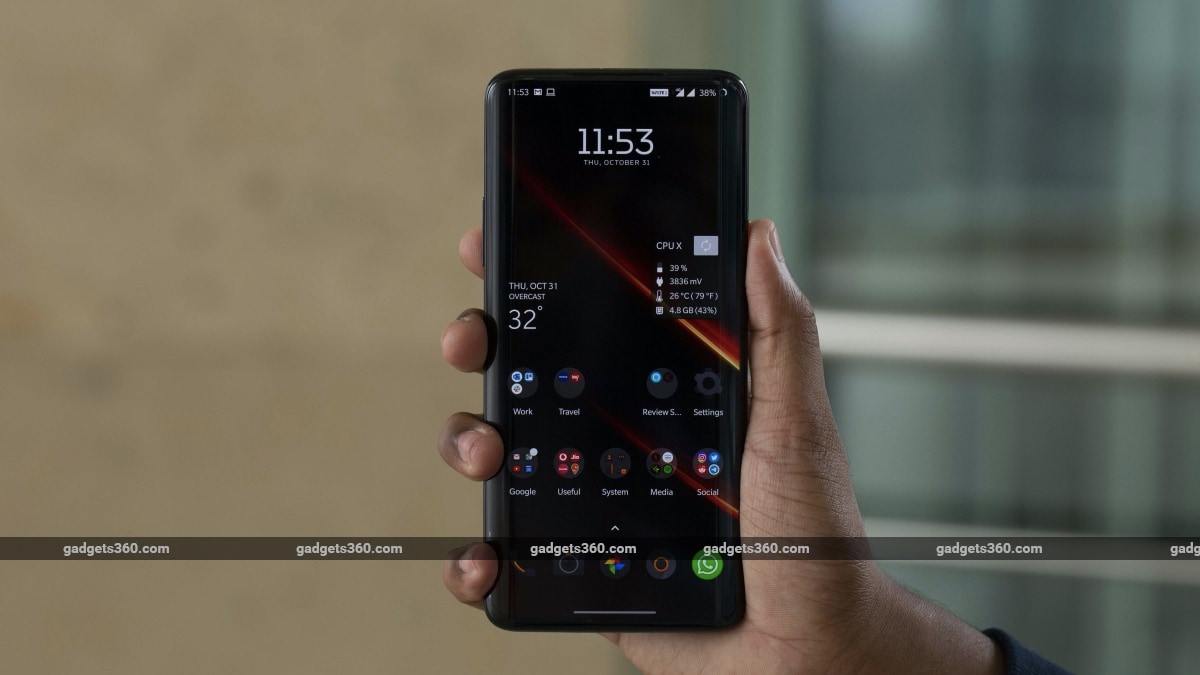 The OnePlus 7T Pro McLaren Edition (Review) had briefly gone on sale late last month as well. This, its second sale, was held on October 25 as a part of the 70 minutes (stylised as “7T minutes”) sale. Buyers had the option to buy the smartphone at Rs. 58,999 in these 70 minutes. And now, the OnePlus 7T Pro McLaren Edition is available in open sale. Notably, the November 5 release date had been announced at the time of launch.

The OnePlus 7T Pro McLaren Edition has been priced at Rs. 58,999 for the sole 12GB+256GB variant in India and now it has gone on open sale on OnePlus India's official site as well as Amazon India. HDFC Bank credit and debit cardholders get a flat Rs. 3,000 discount whereas HSBC Cashback card users get an instant 5 percent discount.

It is powered by a Qualcomm Snapdragon 855+ SoC paired with 12GB RAM. The McLaren Edition offers 256GB UFS 3.0 storage and has a dual SIM slot. It sports a triple rear camera setup, consisting of a 48-megapixel primary sensor, an 8-megapixel telephoto camera and a 16-megapixel ultra-wide-angle camera. It has a 16-megapixel pop-up selfie camera. The OnePlus 7T Pro McLaren Edition packs in a 4,085 mAh battery and OnePlus supplies a 30T Warp Charger with 30W output in the box.