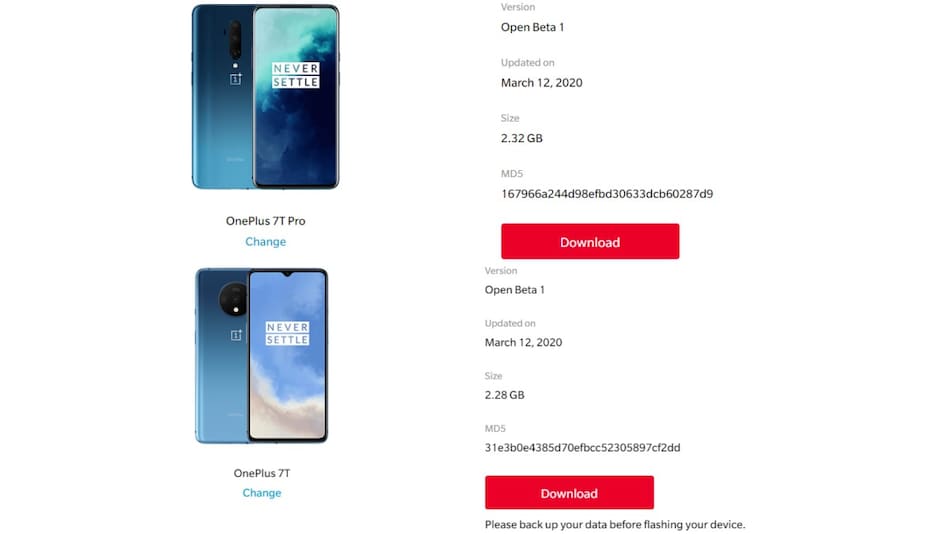 Talking about the changes arriving with the update, it optimises RAM management and enhances the sensitivity of tap gestures of the lock screen and Ambient Display. But the most important one is the addition of Live Caption feature, which detects speech in media files and shows captions in real-time. In order to enable Live Caption on the OnePlus 7T and OnePlus 7T Pro, users have to follow this path: Settings > System > Accessibility > Live Caption.

Additionally, OnePlus has again demonstrated its commitment towards the 5G technology by investing around $30 million (roughly Rs. 222.84 crores) to scale up its R&D operations towards its 5G efforts. "5G is a top priority in our product strategy. We have been investing in 5G for years and we plan to further develop application scenarios based on the daily usage habits of users, such as cloud gaming, cloud videos and cloud storage services," OnePlus CEO Pete Lau was quoted as saying in a press release. Earlier this month, Lau made it clear that moving forward OnePlus will go all-in on 5G, starting with the OnePlus 8 series phones.