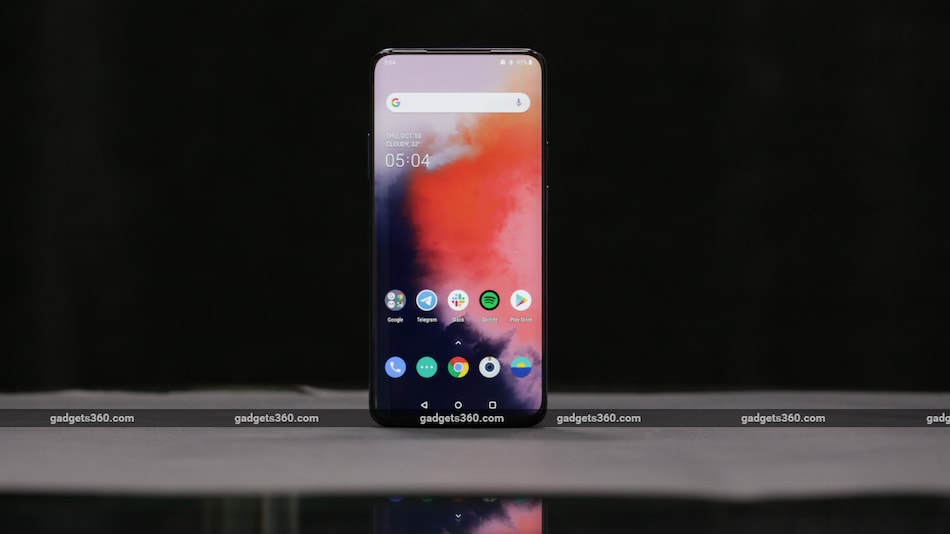 OnePlus 7T Pro was launched in India in October 2019

If you're planning to buy OnePlus 7 Pro over OnePlus 7T Pro while considering the camera quality of the two smartphones, an independent online rating website claimed that there's hardly any difference between the two smartphones' cameras. In terms of the camera performance of OnePlus 7 Pro and OnePlus 7T Pro, both smartphones were at par with an overall score of 114, while the Galaxy S10 and the Huawei P30 Pro both received 116 points. The scores were given by DxOMark, a popular website owned by DxOMark Image Labs which has been testing smartphones' cameras for a quite few years.

The OnePlus 7T Pro's video score also dropped by two points to 96 from the OnePlus 7 Pro's results, "primarily due to small decreases in the Noise, Texture, Color, and Stabilisation scores," the website showed. Both the OnePlus smartphones' cameras, however, performed better than iPhone 11 [109] but fell short of iPhone 11 Pro Max [117].

Meanwhile, in terms of camera performance, Xiaomi Mi 10 Pro that was launched at the beginning of February this year, features on top with a score of 124. The phone is yet to be launched in India and expected to be priced at Rs. 51,190.

Both OnePlus 7 Pro and OnePlus 7T Pro were launched in 2019 and are currently priced at Rs. 42,999 and Rs. 53,999, respectively. Other than the battery capacity and processor, both the smartphones overall comprised the similar specs including camera-features.

Last week, an alleged OnePlus 8 Pro image, which is expected to launch in May-April 2020, showed a quad rear camera setup accompanied by an LED flash.