The design is quite similar to the OnePlus 7, save for the large camera module. 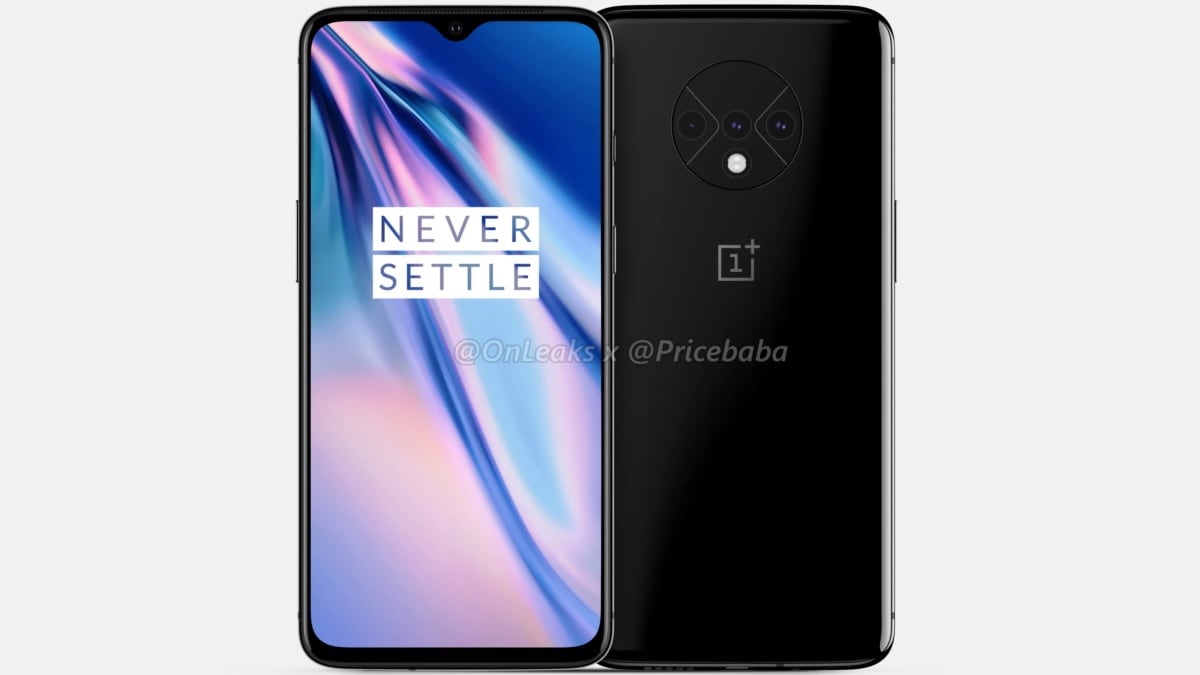 Just a few days ago, we saw schematics and concept images of a OnePlus phone sporting a circular camera module. The leaked images reportedly depicted an upcoming OnePlus 7T series device, but there was no information regarding camera sensors and other internal specifications. Now, high-resolution renders and a 360-degree video allegedly depicting the OnePlus 7T sporting triple rear cameras in a circular module have surfaced online. The leak shows the OnePlus 7T in a glossy black avatar and a waterdrop notch at the top, just like the one on the OnePlus 7.

The alleged OnePlus 7T renders, which come courtesy of PriceBaba in collaboration with @OnLeaks, show the OnePlus 7T flaunting a design that borrows heavily from its predecessor, the OnePlus 7 (Review). The only difference is the prominent circular camera module at the back on the OnePlus 7T, something we recently saw in the form of leaked diagrams and a concept image. The triple rear cameras are aligned horizontally, while the LED flash sits below.

The two sensors at the periphery are surrounded by what appears to be an arrowhead-like design to add some aesthetic value. Unfortunately, there is no word on the resolution and the type of sensors that adorn the OnePlus 7T's circular camera module. Over at the front, a waterdrop notch is there, while the thin earpiece strip sits between the display and the surrounding frame.

The power button and alert slider are on the right, while the volume rockers sits on the left edge. There is just a microphone hole at the top, while the speaker, SIM slot, and USB Type-C port sit at the bottom. The phone's dimensions are tipped to be 161.2x74.5x8.3mm, while the display will measure somewhere between 6.4-inch and 6.5-inch. And just like its predecessor, the OnePlus 7T is shown to lack a 3.5mm headphone jack.

The back appears to have a glossy finish with curved edges, while the camera module creates a small bump on the rear panel. The absence of a physical fingerprint sensor suggests that an in-display fingerprint sensor is a go. The OnePlus 7T is a mid-cycle refresh, so there are chances that OnePlus will go with the Snapdragon 855 Plus, but the same can't be said with certainty.