OnePlus 7T to Come Preloaded With Android 10, Company Announces Ahead of Thursday's Launch

OnePlus 7T is set to launch in India on Thursday, September 26. The OnePlus TV is also set to launch alongside, at the same event. 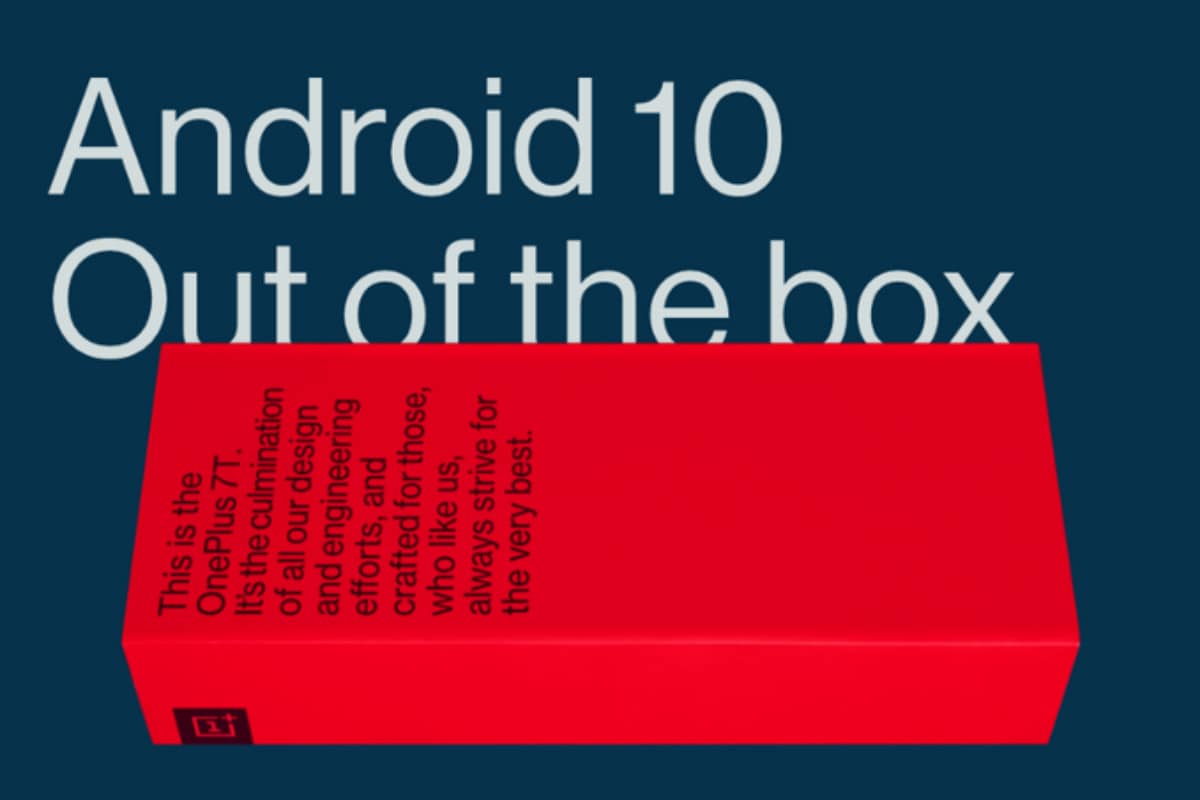 OnePlus 7T is set to offer the latest Android experience

OnePlus 7T launch event in India is set for later this week, and now the next-generation OnePlus phone is being teased to come with Android 10 out-of-the-box. The presence of the latest Android version on the OnePlus 7T would come alongside all the key Android 10 features, including the system-wide Dark Theme and enhanced privacy controls. Through previous teasers, OnePlus already confirmed that the new smartphone will come with a 90Hz display and sport a matte finish. The OnePlus 7T is also rumoured to include the premium, octa-core Qualcomm Snapdragon 855+ SoC to deliver various enhancements over the earlier launched OnePlus 7.

Through a tweet posted on Tuesday, OnePlus announced that the OnePlus 7T will come preloaded with Android 10. The new Android version would come along with an all-new OxygenOS custom skin. Nevertheless, the smartphone is likely to include all the key Android 10 features, including the highly praised system-wide Dark Theme.

The latest tweet by OnePlus comes days after it started rolling out OxygenOS 10.0 based on Android 10 for the OnePlus 7 and OnePlus 7 Pro in India. The software update brought a new game space feature and full screen gestures to the existing OnePlus smartphones.

Apart from debuting with Android 10 out-of-the-box, the OnePlus 7T is confirmed to come with Warp Charge 30T that is touted to deliver 23 percent faster speeds. OnePlus also recently confirmed that the OnePlus 7T will debut with a 90Hz Fluid Display panel. Moreover, its official renders that were formally released last week highlighted its matte finish along with a gradient design and a triple rear camera setup.

The OnePlus 7T launch event in India is scheduled for Thursday, September 26. The smartphone is expected to accompany the OnePlus TV that is so far teased with a new bezel-less design, automatic volume change feature, and a Google Assistant-supported remote control.