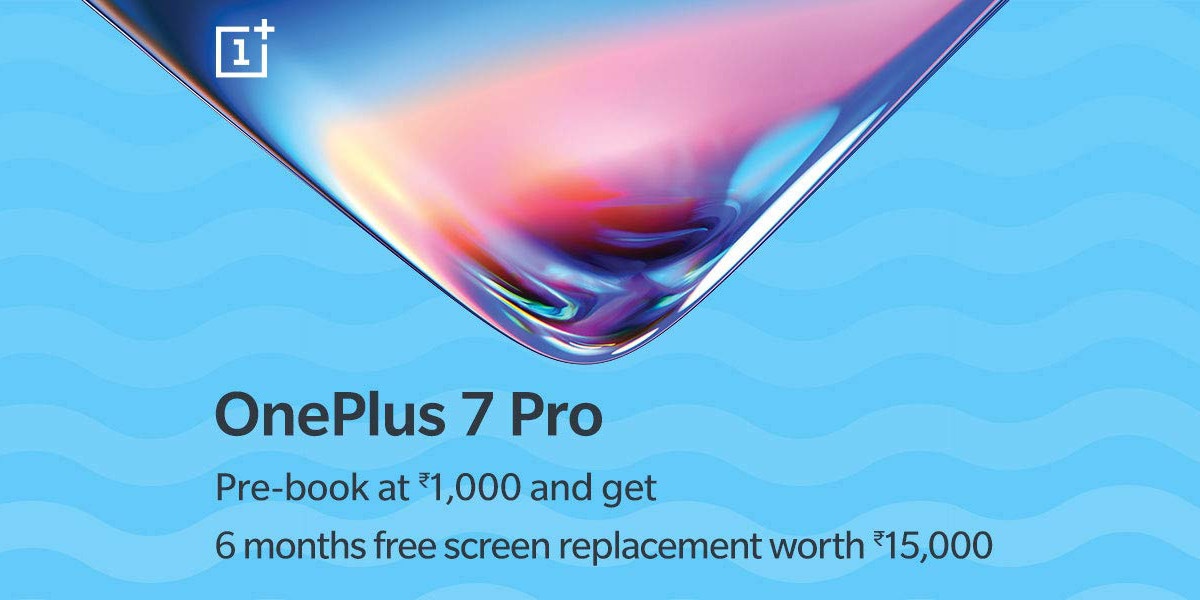 OnePlus 7 Pro is the upcoming flagship phone of OnePlus

OnePlus 7 Pro pre-bookings are now open via Amazon in India. The Chinese smartphone maker on Friday announced that the interested consumers can now head over to the e-commerce website to book OnePlus 7 Pro smartphone. The consumers, who pre-book the phone, will be eligible for free screen replacement worth Rs. 15,000. Unlike the normal prebookings, the Amazon pre-booking of OnePlus 7 Pro is a multi-step process and it is unclear if it even guarantees a phone unit during the launch rush. OnePlus Store, Croma, and Reliance Stores will also begin accepting pre-bookings for the phone starting May 8. Here are more details on OnePlus 7 Pro pre-order.

The company has also revealed that the pre-bookings for the OnePlus 7 Pro will also start at the OnePlus physical stores, Croma, and Reliance stores beginning May 8. The consumers will be able to pre-book the phone by paying Rs. 2,000 at these stores, which will be redeemable at the time of purchase. The customers pre-booking the phone via the physical stores will also be eligible for one-time free screen replacement.

It is important to note here that OnePlus will charge Rs. 750 as processing fee at the time of the free screen replacement.

To recall, OnePlus is hosting simultaneous press events in Bengaluru, London, and New York City on May 14 to officially unveil the OnePlus 7 and OnePlus 7 Pro smartphones. At these events, the company will reveal the pricing and details of the smartphones.