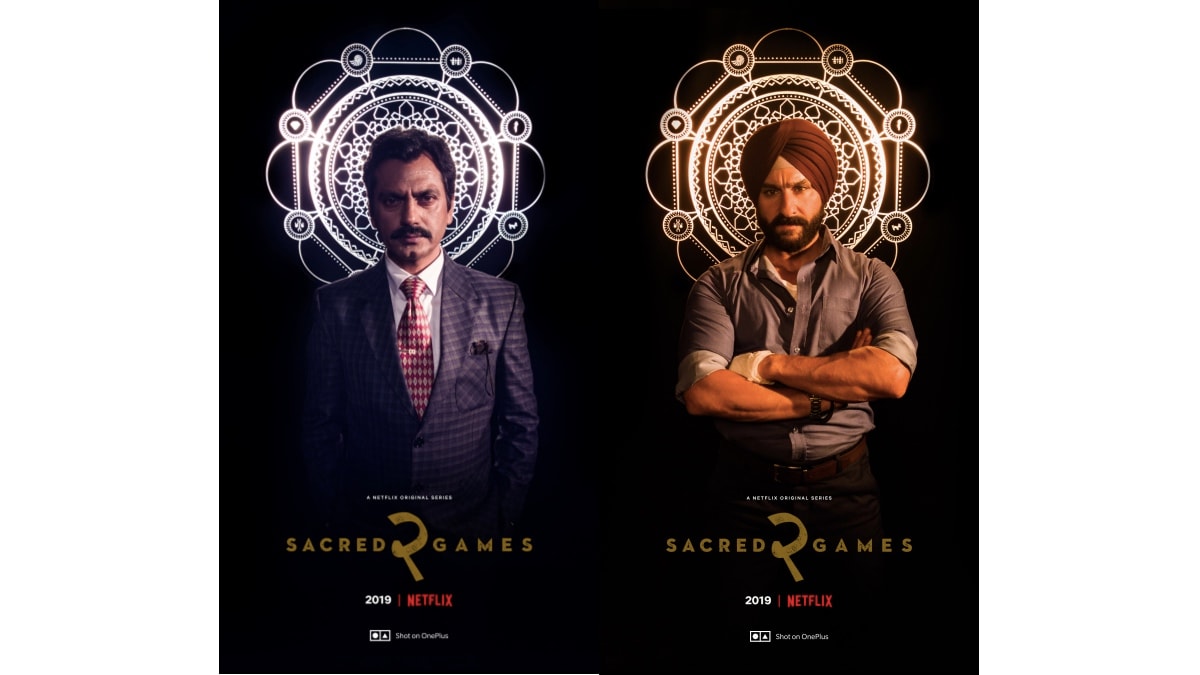 OnePlus 7 Pro and the OnePlus 7 are set to launch next week, and ahead of that, the Chinese company has announced a partnership with Netflix that will see the Pro variant certified to support Netflix HDR content. Netflix is among the few content providers globally to provide quality HDR and 4K content, with many of its TV series and movies offered in ultra-HD resolution with support for high dynamic range-compatible screens. The popular streaming service already supports a wide range of phones, and will also be adding the upcoming OnePlus 7 Pro to its list of supported devices. Netflix offers 4K and HDR streaming on compatible devices for users subscribed to its top-tier plan, which is priced at Rs. 800 per month in India. Alongside, two posters of the Netflix show Sacred Games 2 were shot on the OnePlus 7 Pro, as was a behind-the-scenes video.

Netflix already supports HDR playback on a variety of devices, including the Google Pixel 3 and Pixel 3 XL, and Huawei Mate 20 Pro and P20 Pro. The latest announcement confirms that the OnePlus 7 Pro will also be getting support for HDR. The OnePlus 7 Pro has already been confirmed to be coming with an HDR10+ certified display, along with an A+ rating from DisplayMate.

The partnership also includes two new posters for Netflix's upcoming series, Sacred Games 2. The posters feature the stars of the series, Saif Ali Khan and Nawazuddin Siddiqui, reprising their roles as Sartaj Singh and Ganesh Gaitonde respectively, from the first season of the show. The posters were shot on the OnePlus 7 Pro, suggesting that the expected triple-camera setup is capable of producing professional-quality images.

Lastly, Netflix has released behind-the-scenes footage of Sacred Games 2's season 2 cast reveal trailer, and this too has been shot on the OnePlus 7 Pro. The video quality certainly looks decent, but we can't make out too much as it has been uploaded on YouTube. You can check out the video below:

The OnePlus 7 Pro is set to be launched on May 14, with simultaneous events being held in India, the United States, and Europe. Apart from the high-end OnePlus 7 Pro, the company will also launch the OnePlus 7, which is a toned-down affordable variant that is likely to resemble the OnePlus 6T in most ways. The OnePlus 7 Pro pricing could start at Rs. 49,999 for the base variant.