OnePlus 7, OnePlus 7 Pro to Launch on May 14: Expected Specifications, Features, and More 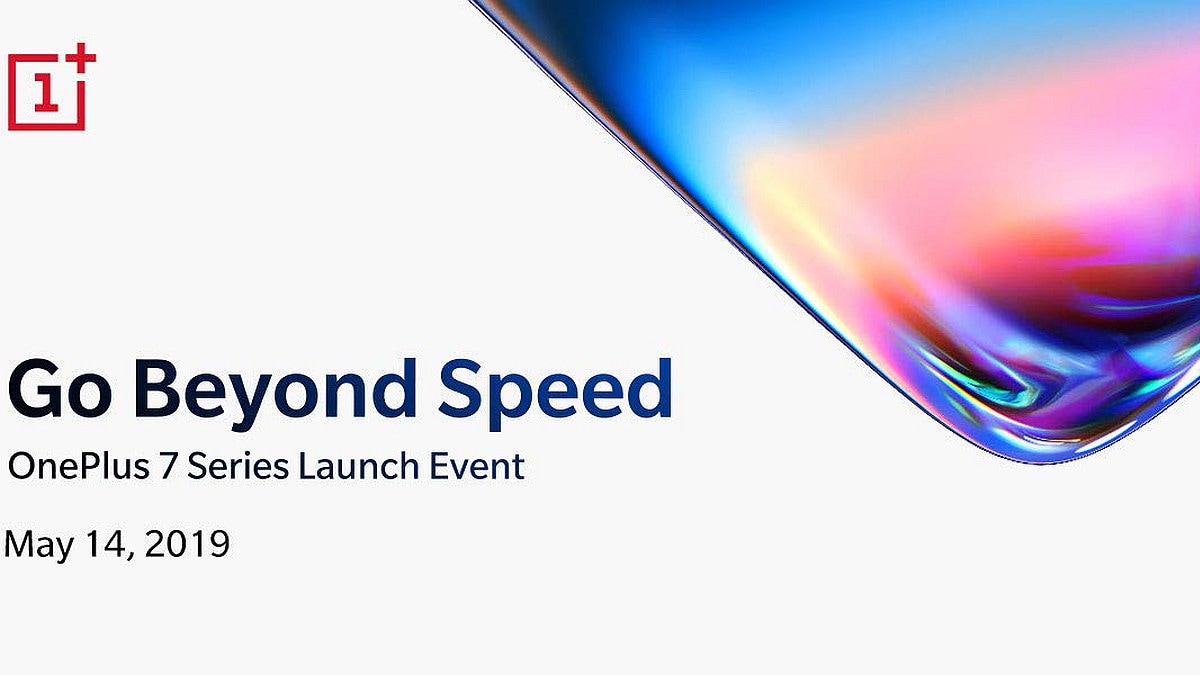 OnePlus 7 Pro and OnePlus 7 will be unveiled simultaneously in India, US, and Europe

OnePlus in a video live stream and a press statement announced that the revealed the OnePlus 7 Pro and OnePlus 7 would debut officially on May 14. This notably in line with what was rumoured earlier this month. Amazon India has also put up a dedicated page for users to be notified. The launch will take place at 8:15pm IST in India, and simultaneously in the US and Europe.

To drum up the hype around the launch, OnePlus is allowing the fans to attend the launch event. The fans can get entry vouchers for the launch event from 10am IST on April 25 via the OnePlus India website. The early tickets will cost Rs. 999 in India.

OnePlus hasn't revealed much about the OnePlus 7 Pro and OnePlus 7 so far. However, Lau in a recent interview with The Verge specified that the OnePlus 7 Pro would come with a "fast and smooth" display, adding that the company has "invested significantly" to build its display. Also, the technology is claimed to be three times the cost of what's used in other flagship displays.

Lau in the interview also revealed the development of a OnePlus 7 model with 5G connectivity. This could be the OnePlus 7 Pro 5G with a Snapdragon X50 modem.

If we believe what has been rumoured so far, the OnePlus 7 Pro will sport a 90Hz QHD+ display. OnePlus has so far brought flagships with full-HD displays.

In terms of optics, the OnePlus 7 Pro is tipped to flaunt a triple rear camera setup, including a 48-megapixel primary sensor along with an f/1.6 lens and OIS, 8-megapixel sensor with a telephoto f/2.4 lens, and a 16-megapixel sensor with a wide-angle f/2.2 lens and 117-degree field of view. The phone is also rumoured to have a 4,000mAh battery with 30W Warp Charge support and an in-display fingerprint sensor. Moreover, the OnePlus 7 Pro could come in Blue, Grey, and Brown colour options.

Unlike the OnePlus 7 Pro, the OnePlus 7 is rumoured to have a 6.4-inch full-HD+ (1080x2340 pixels) display and come with a dual rear camera setup. This could have a 48-megapixel primary sensor with an f/1.7 lens and a 5-megapixel depth sensor.

The OnePlus 7 could come in two variants, with 6GB RAM + 128GB storage and 8GB RAM + 256GB storage configurations. The phone is also rumoured to include a 3,700mAh battery along with 20W charging support.

Similar to the OnePlus 6T, the OnePlus 7 is speculated to sport a waterdrop-style display notch. The OnePlus 7 Pro, on the other hand, purportedly spotted in some previous rumours with a pop-up selfie camera module.