This makes OnePlus 7 Pro the first phone to reach the market with UFS 3.0 storage. 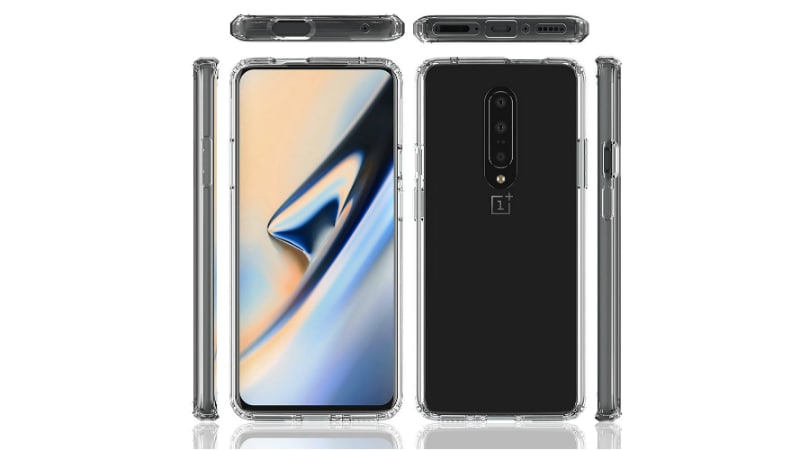 OnePlus 7 Pro launch date is May 14

OnePlus 7 Pro has been confirmed to sport a HDR10+ display and include UFS 3.0 storage. OnePlus has announced that the flagship will be HDR10+ certified, providing users with a more dynamic and detailed display. CEO Pete Lau has separately revealed that the OnePlus 7 Pro will pack UFS 3.0 storage, enabling the phone to be faster than ‘comparable smartphones. The phone is set to launch globally on May 14, and it will be joined by the OnePlus 7. This will be the first time for the company when it unveils two new smartphones at the same time.

OnePlus on Monda announced that the OnePlus 7 Pro will feature HDR10+ display. Many recent TV sets come with HDR10+ support as it provides adaptive frame-by-frame adjustments for the optimum representation of contrast from the HDR source content. It manages to produce 4000 nits of peak brightness, a considerable increase from HDR10 that produces 3,000 nits peak brightness. Among the currently available phones, Samsung's Galaxy S10 and Galaxy S10+ support HDR10+ as well.

The upcoming OnePlus phone is also rumoured to come with 90Hz display refresh rate, and a QHD+ resolution. It has received an A+ top-grade from DisplayMate, and VDE has certified it safe for the eyes as well.

“HDR10+ is the future of not just television displays, but also smartphone displays as well. We hope that our newest device will set a new benchmark for the smartphone industry and open up a new world of visual fluidity for users.” OnePlus CEO Pete Lau said in a statement. “We're glad we are leading the ranks in sharing quality technology with the world.”

Separately, Lau stated that OnePlus 7 Pro will also support UFS 3.0, making it the first phone to go to market with the technology. Lau announced the news on Twitter, also claiming that the phone will be faster than ‘comparable smartphones'.

The UFS standard, for those unaware, is a customised interface that is created to enable fast read-write operations and minimise power consumption for mobiles. UFS 3.0 was announced last year, and it brought improvements in sequential read and write speeds, and twice the bandwidth per lane. This means that OnePlus 7 Pro will offer faster app launch time, short loading time on games, faster boot, faster photo-saving, and much more as it affects every file operation on the phone. All the recent flagships including the Samsung Galaxy S10 series and the Huawei P30 Pro come with UFS 2.1 storage support.

UFS 3.0 offers a 2x performance upgrade over the previous UFS version 2.1, and the maximum data rate is increased to 23.2Gbps with up to 11.6Gbps per lane. The new 2.5V VCC power supply will allow for lower power consumption and enable latest NAND technology support as well. Samsung Galaxy Fold was launched with UFS 3.0 storage support, but with its delayed launch, the OnePlus 7 Pro will now be the first phone to release with the technology.

OnePlus 7 Pro is tipped to sport a triple rear camera setup, a pop-up selfie sensor, and its price in India is expected to start at Rs. 49,999. It should offer up to 12GB of RAM and up to 256GB of storage.

A Delhi Garbage Dump Is Getting Rave Reviews on Google
Realme 3 Pro to Go on Sale in India at 12 Noon Today via Flipkart, Realme Online Store: Check Offers, Price