OnePlus 7 Pro Full Specifications Leak Ahead of May 14 Launch

The new OnePlus phone will come with a 4,000mAh battery and be offered in three RAM + storage models. 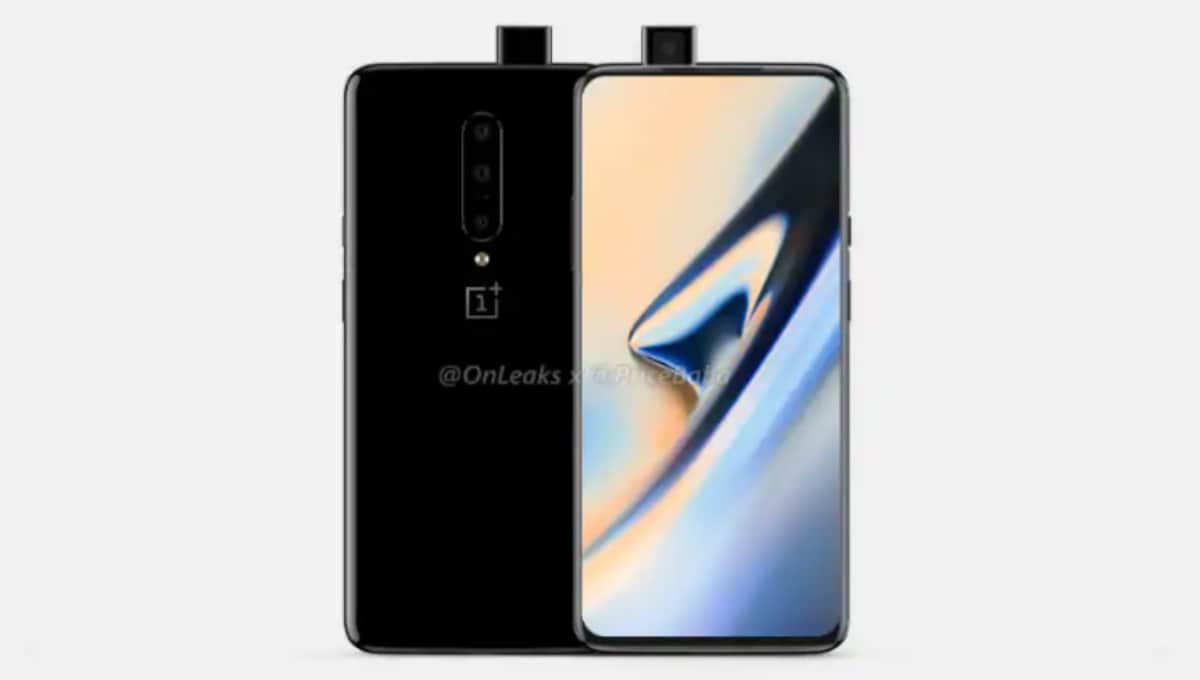 OnePlus 7 Pro is said to be coming in three colour options – Nebula Blue, Mirror Grey, and Almond – and renders of all the three variants have already surfaced online. Now, in a new leak, the phone's full specifications have allegedly been revealed right down to the storage options, sensors on board, and the dimensions. The phone, according to the leak, will come in three storage variants. It supports dual-SIM cards, and packs a 48-megapixel camera sensor, an in-display fingerprint sensor, and NFC connectivity.

As for camera, the leak suggests that the OnePlus 7 Pro will sport a triple camera setup at the back, with one 48-megapixel Sony IMX586 sensor with f/1.6 aperture, and OIS. There's a secondary 16-megapixel wide-angle sensor with f/2.2 aperture and 117 degree field of view, and a last 8-megapixel sensor with f/2.4 aperture, 78mm focal length, and 3x optical zoom. The back cameras support dual-LED flash, phase detection autofocus (PDAF), laser autofocus (LAF), and continuous autofocus (CAF). Furthermore, the rear camera supports 4K video recording at 30fps/60fps, 1080p videos at 30fps/60fps, 720p videos at 30fps, and super slow motion 1080p and 720p videos at 240fps and 480fps respectively.

OnePlus 7 Pro will reportedly a triple rear camera setup on the back
Photo Credit: Ishan Agarwal

Up front, there is listed to be a 16-megapixel Sony IMX471 pop-up camera with f/2.0 aperture, EIS, and 1080p video recording support at 30fps. The OnePlus 7 Pro packs a 4,000mAh battery with support for Warp Charge 30 (5V/6A).Sensors on board include accelerometer, gyroscope, in-display fingerprint sensor, proximity sensor, gesture sensor, brightness sensor, and compass. The dimensions measure at 162.6x75.9x8.8mm, and the phone weighs 210 grams. The OnePlus 7 Pro is listed to come with stereo speakers support as well. Readers are asked to take the leaked specifications with a pinch of salt, as we have no way of identifying their authenticity.

The OnePlus 7 Pro is set to launch on May 14 globally, alongside the OnePlus 7. It is expected to be priced in India starting at Rs. 49,999, and get Android Q beta OxygenOS in the future. The phone will reportedly start at EUR 699 (roughly Rs. 54,700) in Europe. We recommend that you take all leaks with a slight grain of salt until all the official details are released.