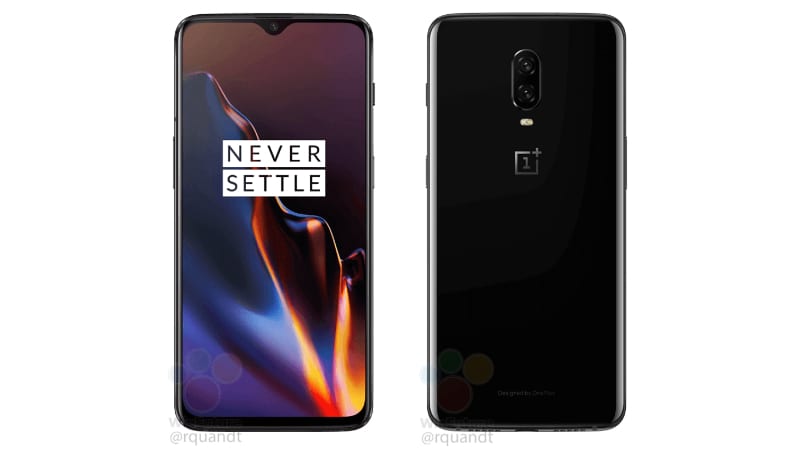 OnePlus 6T leaks have been on overdrive, with new renders leaked just last week. Now, this new week brings along a leaked listing on Amazon India that indicates that OnePlus 6T pre-orders will start from midnight tonight, and will offer freebies like OnePlus Bullets Type-C earphones and Rs. 500 Amazon Pay balance. This gift card listing was reportedly briefly listed on Amazon India, and has since been removed. OnePlus CEO Pete Lau also detailed the tough decision of removing the headphone jack to make room for the new Screen Unlock feature - the company's name for the in-display fingerprint scanner.

The alleged Amazon listing was spotted by MySmartPrice, and it indicates that the pre-bookings will begin from midnight tonight. The listing states that the OnePlus 6T pre-bookings will go on till October 30 and customers who pre-book will get free OnePlus Bullets USB Type-C earphones and Rs. 500 Amazon Pay balance. OnePlus hasn't revealed any official date for the launch on the OnePlus 6T, but has been teasing the phone regularly. It is largely expected to launch on October 17. In an interview with CNET, CEO Pete Lau confirms that the smartphone will launch this month itself, a month earlier than traditional launches.

Lau also asserts in the interview that removing the headphone jack was a tough decision to make. He claims that the decision had to be made to integrate the Screen Unlock feature. The fingerprint module stuck behind the display takes the necessary space left behind by the 3.5mm audio jack module. "After you experience the Screen Unlock you'll fall in love with it, [You'll] realize that it's the experience that you wanted," Lau said about the trade-off.

Finally, Lau notes that OnePlus is working hard on bringing wireless charging to future OnePlus devices. He said that Dash Charge is popular among users, and when the company's wireless charging can charge at that speed without dissipating heat, it will be launched. However, Lau doesn't think water resistance is a feature that is worth increasing the price of the device. "The number of users that are taking their phone to go swimming are few and far between. To have everyone else pay, say, $30 more, 'for the sake of an IP rating' in order to accommodate the one user who goes off and swims with their phone is unreasonable," Lau explains.

OnePlus 6T is tipped to feature a 6.4-inch Optic AMOLED full-HD+ display and a Qualcomm Snapdragon 845 SoC, coupled with 6GB and 8GB RAM options and up to 256GB of onboard storage. The smartphone is also reported to have a 3,700mAh battery that will be larger in capacity over the 3,300mAh battery available on the OnePlus 6. Moreover, the OnePlus 6T is expected to run Android 9.0 Pie out-of-the-box.