OnePlus 6T Launch Set for Today: What to Expect, How to Watch Live Stream, Price & Specifications 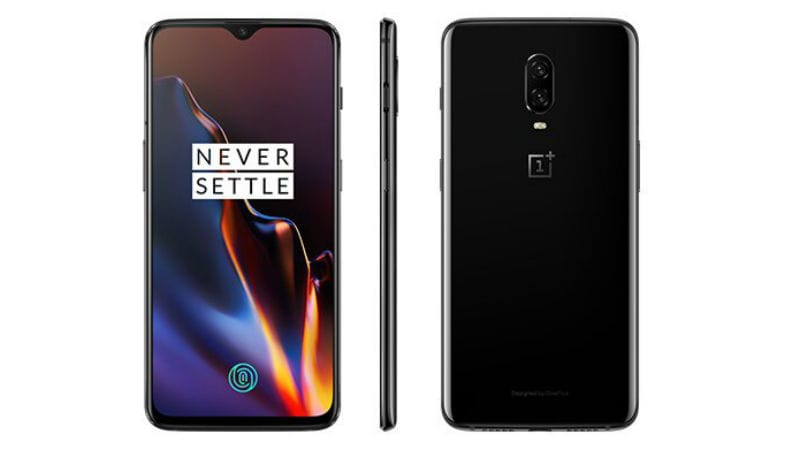 The OnePlus 6T launch event is scheduled for today, where the Chinese mobile maker will finally unveil its next flagship. The event was rescheduled from its earlier October 30 date to avoid a clash with Apple's October event on the same date. Following a plethora of teasers, the OnePlus' mid-cycle refresh is set to be revealed at the launch event that will be held in New York. This global launch will be followed up by an event in India on Tuesday at 8:30pm IST. Interestingly, it will be the first smartphone from the company to launch in UAE.

The OnePlus 6T is expected to bring several improvements over its predecessor. The company has confirmed a few major updates such as an in-display fingerprint sensor and the removal of the 3.5mm headphone jack, and leaks otherwise tip that the OnePlus 6T will retain most specifications and design elements from the OnePlus 6. These include the Qualcomm Snapdragon 845 SoC, up to 8GB of RAM, up to 256GB of inbuilt storage, and a dual camera setup at the back. Notably, OnePlus will live stream the New York launch event for the OnePlus 6T on YouTube.

Earlier this week, the OnePlus 6T was spotted in a European site's listing, which leaked the price of the handset. Though the listing has since been removed, it suggested that the 8GB RAM/ 128GB storage variant of the OnePlus 6T will come with a price tag of EUR 569 (roughly Rs. 47,400) in Europe.

OnePlus, However, as mentioned, the phone will be launched in India at an event in New Delhi on Tuesday, and pre-booking is already live on Amazon.in at a nominal fee of Rs. 1,000. OnePlus will also provide freebies that users will get alongside the pre-booking. Sales via Amazon start from November 1. Interested buyers will also have a chance to attend pop-up events that OnePlus is holding in nine Indian cities and in 12 locations on November 2.

OnePlus 6T specifications (rumoured)
OnePlus has previously teased the features of the OnePlus 6T several times over that last few weeks. Some of the features that have been confirmed, include an optical in-display fingerprint sensor, a larger 3,700mAh battery, no 3.5mm headphone jack, and a few other things. Apart from that, the smartphone has been leaked a number of times, hinting at the upgrades that it will bring over its previous variant.

As per a spec sheet leak last week, the OnePlus 6T will run, Android 9.0 Pie, sport a 6.4-inch (1080x2340 pixels) Optic AMOLED display with 19.5:9 aspect ratio, powered by the octa-core Qualcomm Snapdragon 845 SoC, paired with Adreno 630 GPU, equipped with up to 8GB of RAM and 128GB of inbuilt storage, and more. As per the leak, the OnePlus 6T will come with a dual rear camera setup with a 16-megapixel primary sensor and 20-megapixel secondary sensor. At the front, the smartphone will feature a 20-megapixel selfie camera.