OnePlus 6 Price in India Leaked Ahead of May 17 Launch, Will Reportedly Start at Rs. 36,999 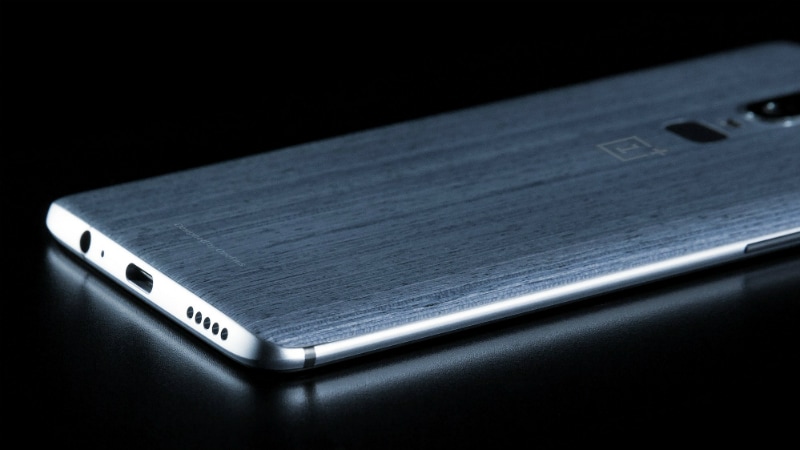 OnePlus 6 price in India, if true, will make it the most expensive handset the company has released yet

OnePlus 6 price in India details have been leaked ahead of its launch next month. The latest flagship smartphone from OnePlus has a lot of hype built around it, and it will hold the OnePlus launch on May 16 in London before launching it in China and India on May 17. Its Amazon India registration page is now also live. Now, a report claims to have sourced the OnePlus 6 prices in India for the 64GB and 128GB storage variants. While a 256GB storage variant has been confirmed to be arriving by the company itself, the report doesn't have much clarity on this front, saying its source is uncertain whether it would be launched alongside the 64GB and 128GB variants, or later in the year.

According to True-Tech.net, which accurately provided the OnePlus 5 prices ahead of its launch last year, the OnePlus 6 price in India for the 64GB storage variant will be Rs. 36,999, while the 128GB variant will cost Rs. 39,999. As of now, it remains uncertain whether OnePlus will pair 6GB of RAM or 8GB of RAM with the 64GB storage variant, though it is likely to stick with 8GB of RAM for the 128GB and 256GB storage options.

So far, OnePlus itself has confirmed a lot of things about the OnePlus 6. First off, is it will sport an iPhone X-like notch to house its front camera, proximity sensor, and earpiece, and users will get the software option to hide the notch if they don't like it. The smartphone will also have a glass back panel, which is thought to enable wireless charging, and it will be made of 'new materials', the company has teased.

The OnePlus 6 will also sport a 3.5mm headphone jack. The company has also confirmed the presence of a Snapdragon 845 SoC, up to 8GB of RAM, and up to 256GB of inbuilt storage. A OnePlus 6 x Marvel Avengers Limited Edition will also be launched at some point. Water resistance on the smartphone has also been teased, as has new Alert Slider which is expected to gain 'Slide to Focus' functionality. OnePlus 6 is also rumoured to sport vertical dual rear cameras, and offer a Super Slo Mo feature for video recording. More details on all the rumoured and confirmed specifications can be found at our previous coverage.