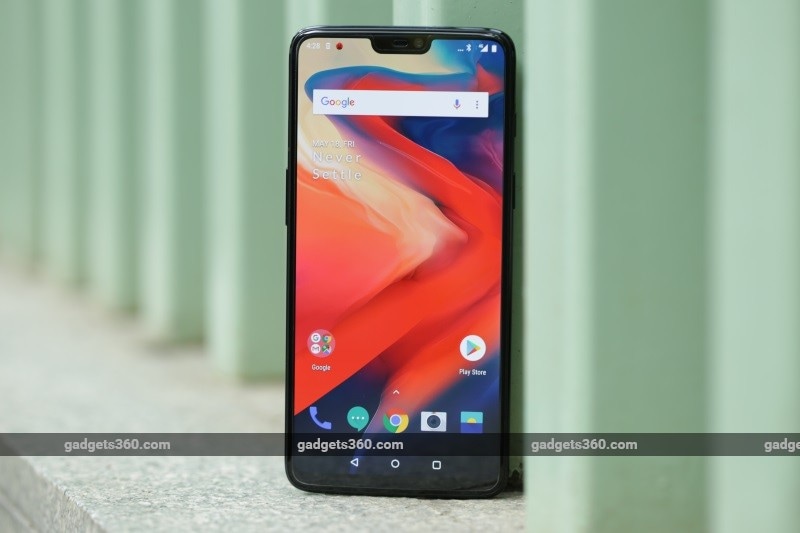 OnePlus 6, the company's latest and first flagship handset for 2018, was launched globally and in India earlier this year. The smartphone has stellar internal specifications and a starting price tag of Rs. 34,999. It also has a feature that is currently the trend on Android and iOS smartphones alike - Face Unlock. However, it seems the feature seems to have been caught in a controversy that involves a user unlocking the OnePlus 6 using just a printed form of the registered face.

As per a video posted by Twitter user @rikduijn on Tuesday, the OnePlus 6 can apparently be fooled into getting unlocked with just a printout of the face registered on it. While the video seems to show the issue, we cannot verify the same considering it does not show the OnePlus 6 during the unlocking process. Neither does the video reveal as to whether the face was registered using an actual person or with the same printed sheet of paper.

We got in touch with OnePlus regarding the issue, and received this statement: "We designed Face Unlock around convenience, and while we took corresponding measures to optimise its security we always recommended you use a password/PIN/fingerprint for security. For this reason Face Unlock is not enabled for any secure apps such as banking or payments. We're constantly working to improve all of our technology, including Face Unlock."

The statement clearly reflects that OnePlus' Face Unlock technology is still not at par with some of the other alternatives in the market like Apple's Face ID or Samsung's Intelligent Scan.

The company's Face Unlock feature was first showcased with the OnePlus 5T last year, and has since been backported to the OnePlus 5, OnePlus 3, and OnePlus 3T over the last few months.