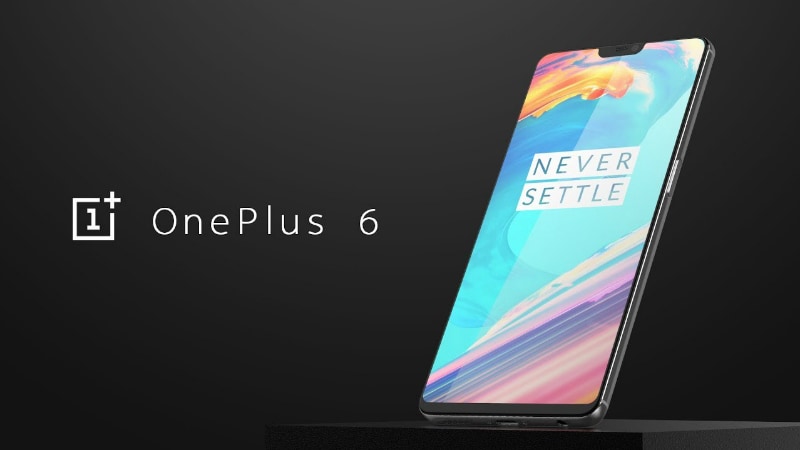 OnePlus 6, the Chinese phone maker's impending flagship, is highly anticipated to arrive within the next few weeks. The past few months, however, have revealed dozens of leaks, renders, and rumours that give us more than a fair idea of what we can expect from the smartphone. A new mockup concept video has surfaced online that shows the design of the OnePlus 6, from all angles, strictly based on the leaks and rumours that have been reported up until now.

The folks over at Phone Industry uploaded their mockup concept video for the OnePlus 6 on Wednesday in an attempt to offer a clearer picture at what all has leaked around the handset. Right off the bat, the video shows a USB Type-C port accompanied by a 3.5mm headphone jack, as confirmed recently by OnePlus itself. Left of the smartphone has a redesigned Alert Slider (with Lava Red accents) and the volume control. On the right is the lock/ power button.

Back of the OnePlus 6 is seen to feature a vertical dual camera setup, with the dual-LED flash and a redesigned fingerprint sensor below that. As for colour options, the video shows Black, White, and Red although that might just be based on the previous generations. We can expect a Blue colour variant to arrive with the OnePlus 6.

The OnePlus 6 mockup concept video also reveals support for wireless charging, and that the phone will come with a bundled wireless charger. Confirmed by the horse's mouth, a notch is also seen on the display. Additionally, a toggle to hide the notch shows a rather seamless edge-to-edgedesign with a slight bottom chin.

As for specifications, the OnePlus 6 has previously been said to feature the latest from Qualcomm - a flagship Snapdragon 845 SoC. The system-on-chip will most likely be coupled with up to 8GB of RAM and 256GB inbuilt storage. In terms of optics, the dual rear camera module at the back might get 4K recording capabilities. An Avengers: Infinity War Edition of the OnePlus 6 is expected soon as the company tied up with Marvel recently.