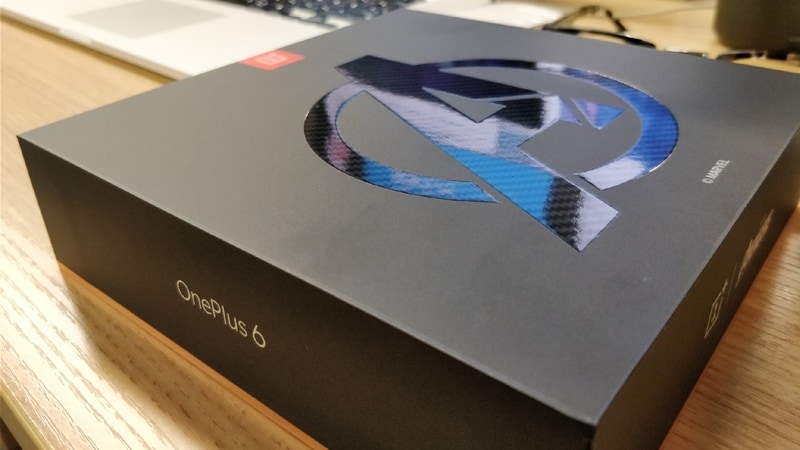 OnePlus 6 launch is coming up on May 16 at an event planned in London, followed by events in China and India the next day. The company recently confirmed that a custom OnePlus 6 x Marvel Avengers Limited Edition will also be announced in India on May 17. With just a few days to go for the official unveiling, OnePlus has gone ahead and teased what is seemingly the retail box of this limited edition handset. Marvel's Avengers: Infinity War recently released in India on April 27. The OnePlus 6 price in India is said to start at Rs. 36,999 for the base 64GB variant.

As per a teaser on the OnePlus Weibo account, a snapshot of the OnePlus 6 x Marvel Avengers Limited Edition's retail box has been outed. The retail box shows an official logo of the Avengers on top, with OnePlus 6 and Marvel branding on the sides. Apart from that, there is no other information about the smartphone or bundled accessories. Recently, in yet another teaser, OnePlus had hinted that this limited edition variant will sport a textured back. Previously, OnePlus unveiled a Star Wars variant of the OnePlus 5T with custom branding and slight design changes.

As per rumours and confirmations, the OnePlus 6 will sport a 19:9 display with a notch on top. It will be powered by a Qualcomm Snapdragon 845 SoC, coupled with up to 8GB of RAM and up to 256GB of inbuilt storage. There is said to be a vertical dual rear camera setup, a rear-mounted fingerprint sensor, and wireless charging support (considering glass back confirmed) on the handset. A 3.5mm headphone jack has also been confirmed, apart from a display notch.

In terms of software, the OnePlus 6 might run OxygenOS on top of Android 8.1 Oreo out-of-the-box. An Android P update can be expected in the future. While exact battery capacity hasn't yet been revealed, the phone will most definitely have support for its proprietary Dash Charge feature, and the confirmation of a glass back indicates it will also support wireless charging.