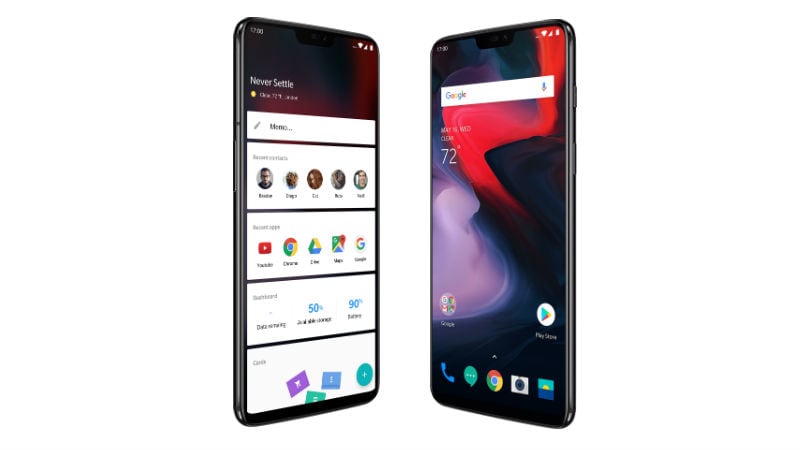 OnePlus 6 has been launched as the company's big flagship for 2018. At Google I/O 2018, it was announced as one of the first smartphones for which Android P Beta would be available. Earlier this month, even OnePlus had confirmed the availability of Android P Beta on the handset on launch day, but then pushed it back a couple of days. Now, OnePlus has opened downloads for the OnePlus 6 Android P Beta update.

OnePlus has posted a list of instructions for installing Android P Beta on the OnePlus 6 on its forum, as well as, details on device trees and kernel sources. The company says, "Download the Android P Beta for access to some of the latest Android features, and get your apps ready for the upcoming update, When we launched the OnePlus 3, we started a very interesting tradition, Zero Day sources for our devices. Since then, every device has launched with them, and we are not stopping now!"

The company has also made it clear that this build of Android P is "best suited for developers and early adopters." Since Android P is still in an early stage of development, OnePlus says that it is not recommended to flash this ROM for users with little to no experience in software development or flashing custom ROMs. "Proceed at your own risk," says OnePlus. It is also worth noting that you should backup your data before flashing and your PC must have ADB tools to go back to Android Oreo.

Known for fast software updates, OnePlus had previously said that it is part of the earliest group of smartphone manufacturers working closely with Google to release their latest updates and features. It had claimed that the OnePlus 5 and 5T were some of the first smartphones to receive Android Oreo updates and the company is focusing on pushing out Android security patch updates within two months of release as well.

Meanwhile, to get Android P Beta, download the latest ROM upgrade package from the OnePlus site, and copy the ROM upgrade package to smartphone storage. Now, go to Settings > system updates. On the top right corner icon, tap on local upgrade and then on the installation package. Once there, tap on immediately upgrade.

Once the above steps are completed, you will have to go to Recovery mode in the OnePlus 6. First, press the power button and choose to shut down. Now, press the power button and volume down simultaneously to enter recovery mode. Further, select the Wipe data/ factory reset option and tap on yes to confirm your selection. Finally, select Reboot system. The OnePlus 6 will then download the Android P file.

It is worth noting that there are a few things that are not working. As per OnePlus, the known issues include are - VoLTE doesn't work, Bluetooth connectivity has 'compatibility issues', Wi-Fi SoftAP device manager isn't functional, Slow Motion mode in the camera is unstable, Face Unlock isn't working, and Widevine L1 is not operational.

The new features in Android P include a notch and multi-camera support, improved notification panel, design changes, new security features, and more. Earlier, Google had published a timeline showcasing the release track for Android P. The next Developer Preview 3 with final APIs is expected to be announced in June and the final release may happen Q3 this year.