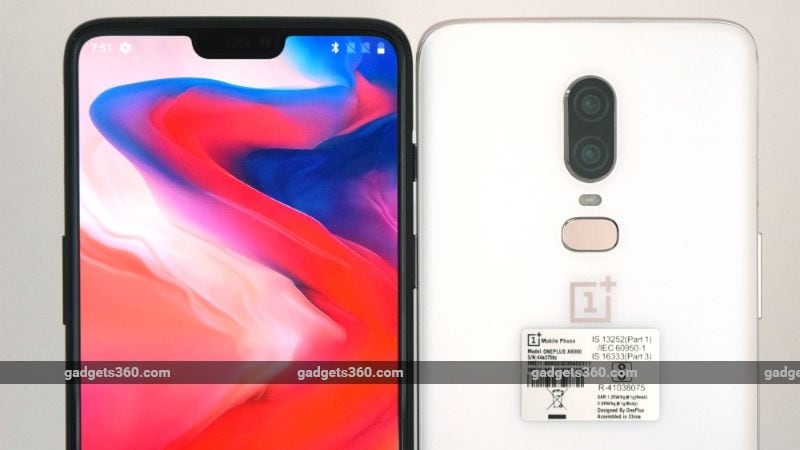 OnePlus 6 was launched in May this year, and now for the first time, it is receiving a temporary price cut in India. Amazon has announced that the OnePlus 6 will be available at a Rs. 5,000 discount during the Amazon Great Indian Festival starting October 10 - Amazon Prime members get access to these deals from 12pm IST (Noon) on October 9 itself. The OnePlus 6 6GB RAM/ 64GB storage variant will effectively be available at a reduced price tag of Rs. 29,999, down from its original price tag of Rs. 34,999 during the five-day sale.

The Chinese smartphone maker has traditionally been reluctant about giving price cuts on its devices, and during such sales, it usually offers cashbacks, additional exchange discounts, and more, but not a discount on the price tag. However, given the recent tough competition from Poco F1 and its aggressive price strategy, OnePlus may have had to rethink its own strategy in India.

While OnePlus 6 at Rs. 29,999 is a great deal, there's also the OnePlus 6T in the offing, with teasers already picking up pace. The big highlights of the OnePlus 6T are its Screen Unlock feature, its waterdrop-shaped notch, and its large 3,700mAh battery. The smartphone is expected to launch on October 17.

Will Asus Zenfone 5Z make OnePlus slash the price of the OnePlus 6? We discussed that on Orbital, our weekly technology podcast, which you can subscribe to via Apple Podcasts or RSS, download the episode, or just hit the play button below.