OnePlus 5T Specifications Leaked Via New AnTuTu Screenshot, Hinting at Android Oreo Out of the Box 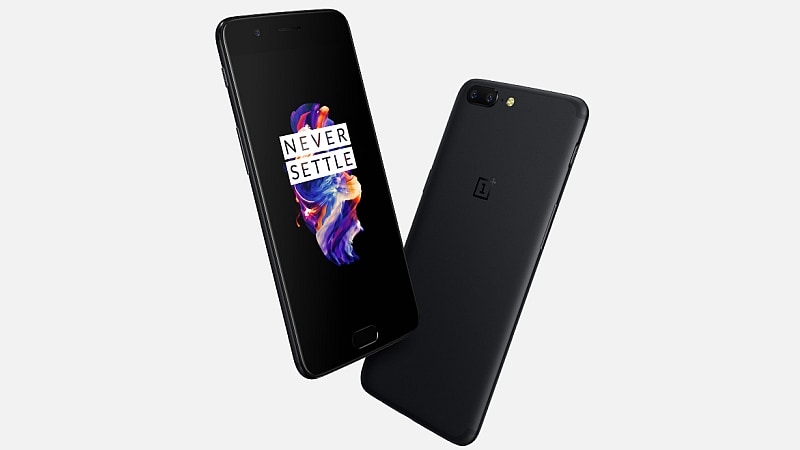 OnePlus 5T will be the last major smartphone to release in 2017 as the year is set to come to a close and the likes of Apple, Samsung and even Xiaomi are done with their flagship launches. The upcoming OnePlus 5T has been in the news a lot over the past week, as images and teasers of the handset have leaked over consecutive days. Now, the OnePlus 5T specifications have been leaked too, giving us a look at what upgrades we can expect from the smartphone over the OnePlus 5. For those unaware, it is expected to release in November, though there is no concrete date in the rumour mill yet.

Chinese tech blog GizChina it has released an AnTuTu benchmark screenshot that is claimed to be of the OnePlus 5T. Listed with model name OnePlus A5010, the image details the key specifications of the smartphone, namely, a Qualcomm Snapdragon 835 SoC, Adreno 540 GPU, 8GB of RAM, and 128GB of onboard storage.

The smartphone might also have optical image stabilisation (OIS) to deliver a more stable video recording experience over the OnePlus 5 that was launched with an electronic image stabilisation (EIS). Furthermore, the screenshot suggests that the OnePlus 5T would come with a full-HD+ resolution of 1080x2160 pixels - an aspect ratio of 18:9 that has been used on several phones in the recent past with a bezel-less display panel, and also matching previous leaks.

The OnePlus 5T appears to be a significant upgrade over the OnePlus 5, if the details about the higher-resolution dual cameras and wider display turn out to be true. But what would make the new smartphone an attractive piece of hardware would be the presence of Android 8.0 Oreo. The screenshot explicitly mentions the latest Android version on the 5T, suggesting some new software-based features and tons of improvements.

Though an update to Android Oreo is also due for the OnePlus 5 and last year's OnePlus 3 and 3T, the new model can be expected to deliver the fresh experience out-of-the-box. OnePlus would also add some new customisations on top of a pure Android experience to leverage the modern hardware tweaks.

Details about the launch of the OnePlus 5T are yet to emerge. However, some media reports believe that the smartphone would go live sometime in November.