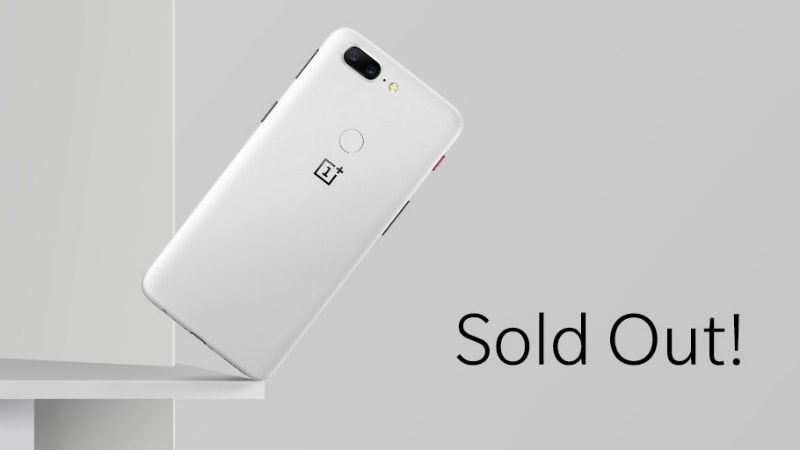 OnePlus recently launched the Sandstone White variant of its latest OnePlus 5T, only in the US, Canada, and China. But it seems like excitement for OnePlus fans was extremely short-lived as the smartphone was sold out in about two hours of release. Add to that, the variant has also been removed OnePlus' website entirely, except on the portal for China. Some reports suggest that the variant might not make a comeback anytime soon. An India launch has not yet been announced by the company.

As we mentioned, OnePlus took to Twitter to announce that the Sandstone White variant of the OnePlus 5T had sold out in less than two hours of its availability. According to a report by Android Police, OnePlus has confirmed that the variant has been "completely sold out in North America" and removed from the website entirely.

The Sandstone White variant was announced earlier this month. It looks a lot like the Star Wars limited edition variant, albeit without the branding and custom wallpaper, and features the 'sandstone' finish that the company made famous with the launch of the OnePlus One. If you were hoping to buy the Sandstone White variant of the OnePlus 5T, it looks like you're out of luck, unless you buy the model from China where it is still listed. There's no telling how long those stocks will last.

Recently, OnePlus was involved in a situation wherein customers reported fraud transactions on their credit cards. The transactions were reported by users who made purchases on the official OnePlus website. OnePlus said that it is currently investigating the matter.