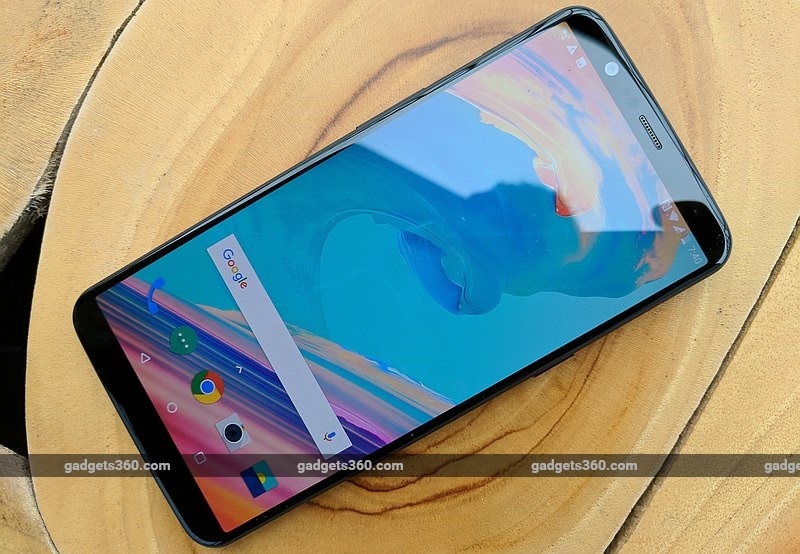 The first Open Beta version of Android Oreo-based OxygenOS for the OnePlus 5T includes a bunch of changes. You need to flash the new build onto your OnePlus 5T to get the latest experience. It is recommended to back up your data before beginning the flashing process. The official OnePlus flashing guide is available with instructions to help you get the new beta version on your smartphone. Further, the ROM is available for download on the OnePlus site for flashing.

In the list of new additions that come with the latest OxygenOS build, you'll notice an upgraded launcher that optimises the app shortcut style as well as combines icon options with app shortcuts and allows you to upload your photos to Shot on OnePlus. The official changelog, which is available on OnePlus forums, also points to some system-level changes. There are key Android Oreo features, including Picture-in-Picture mode, Auto-Fill, and Smart Text Selection. Also, the update package includes a new Quick Settings design and comes with the December Android security patch.

OnePlus hasn't revealed a detailed schedule for releasing the public Android 8.0 Oreo update for the OnePlus 5T. Having said that, considering its past record, the new Android version should debut soon on the OnePlus flagship.

The dual-SIM OnePlus 5T runs OxygenOS 4.7 based on Android 7.1.1 Nougat and features a 6-inch full-HD+ Full Optic AMOLED display. It is powered by a 2.45GHz octa-core Qualcomm Snapdragon 835 processor, coupled with 6GB and 8GB of RAM options. The smartphone sports a dual camera setup with a 16-megapixel Sony IMX398 primary sensor and a 20-megapixel Sony IMX376K telephoto secondary sensor. A 16-megapixel camera sensor is featured on the front. Besides, the smartphone packs a 3300mAh battery.

Despite running the dated Android version, the OnePlus 5T has a proprietary Face Unlock feature that makes it a superior option compared to the OnePlus 5, OnePlus 3, and the OnePlus 3T. However, OnePlus is in plans to make that exclusive feature available on its previous handsets as well. The company is also apparently set to launch a new variant of the OnePlus 5T that could arrive with a Sandstone finish later this month.