OnePlus 5G Phone to Launch in First Half of 2019: Pete Lau 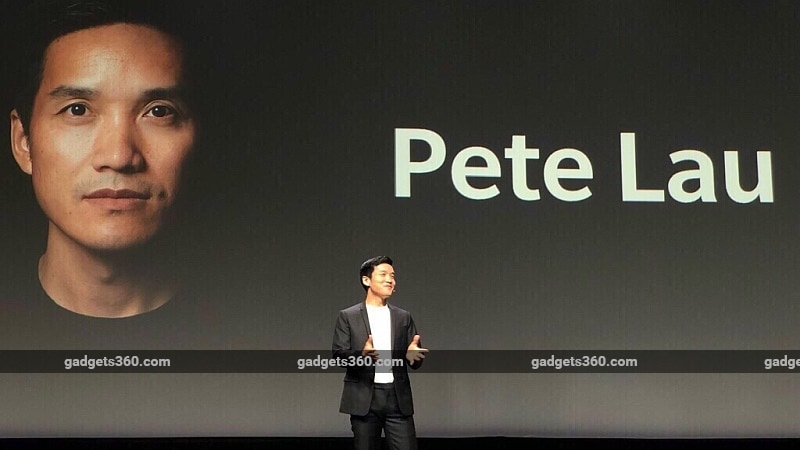 Last week at the Qualcomm 4G/ 5G Summit in Hong Kong, OnePlus co-founder Carl Pei revealed that the company will launch a 5G phone in 2019. At the sidelines of the OnePlus 6T launch event in New York on Monday, OnePlus founder and CEO Pete Lau went a step further, saying that a OnePlus 5G-capable smartphone will debut in the first half of next year.

"I would love to tell everything in detail but I'm sure my PR team would not be happy if I were to do that," Lau joked while answering a question about the 5G roadmap for OnePlus and Qualcomm.

"I can give an overview and say that in the first half of the year [2019] we will have a 5G product," he added. "With our closest of partnerships with Qualcomm we will work to try to bring 5G technology available as soon as possible to our community and users."

Also present at the Q&A session was Cristiano Amon, President, Qualcomm, and he weighed in on the subject as well.

"Like every new generation of wireless [5G] will come - the very first instantiation will be - on premium smartphones," Amon said. "Qualcomm's been very hard at work to bring that technology to users as early as the first half of 2019."

Companies like OnePlus will be "leading in brining 5G technologies" to the market, Amon continued, adding that the company wants to make "5G a reality in 2019."

2019 indeed seems to be the year we will see the first 5G-ready consumer products hit the market, though details beyond promises and leaks are pretty scarce. Samsung has confirmed that next year's flagship Galaxy S10 will have a 5G-capable variant, adding that it will not be the first 5G-ready phone from Samsung, indicating we might see one pretty soon.

Huawei has confirmed it is working on a foldable 5G smartphone, though it hasn't yet shared any kind of a timeline related its release.

Disclosure: OnePlus sponsored the correspondent's hotel for the launch event in New York.