OnePlus 5 vs OnePlus 3T: Here Are the New Features to Look Forward to 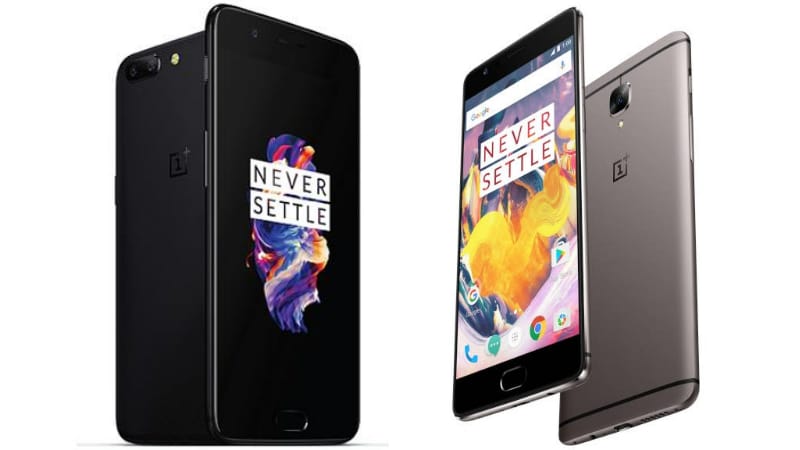 OnePlus 5, the successor of OnePlus 3T, has been launched after months of wait, and fans in India will not have to wait too long as it will arrive in the country on Thursday. The OnePlus 5 price in India is Rs.32,999 for the variant with 6GB RAM and 64GB storage, and Rs. 37,999 for the model with 8GB RAM and 128GB storage, making the smartphone an affordable alternative to iPhone 7 Plus and Samsung Galaxy S8. Of course, in a price sensitive market such as India, there will be many who will be unsure of which model is right for them, OnePlus 5 or OnePlus 3T. We take a look at the new features that set the current OnePlus flagship apart from its predecessor to help you decide where to go for the former or the latter.

As mentioned above, the OnePlus 5 India prices are Rs. 32,999 and Rs. 37,999 for the two variants, making it the most expensive OnePlus smartphone in the market yet. To compare, the OnePlus 3T 64GB model at launch was priced at Rs. 29,999, while the 128GB model cost Rs. 34,999. The smartphone will next go on sale in India on June 27 at 4.30pm IST on Amazon India, OnePlusStore.in, and OnePlus Experience Stores.

With respect to design, the OnePlus 5 sees a lot of design changes, evidently inspired by the iPhone 7 Plus. The antenna bands placement, the dual camera setup, and the thin metal rounded frame are all the changes seen in plain sight. The bezels in the front remain at the top and bottom of the device, with the Home Button still donning the capsule shape sits on the front panel, with the fingerprint sensor placed underneath.

On paper, the OnePlus 5 is a beast with upgrades in almost all departments. It still sports a 5.5-inch full-HD display (goes from Corning Gorilla Glass 4 protection to Gorilla Glass 5), but bumps the processor to the latest octa Snapdragon 835 SoC, with four cores clocked at 2.45GHz and four cores clocked at 1.9GHz, as well as the Adreno 540 GPU. The top RAM configuration is now at 8GB of LPDDR4X. The OnePlus 3T on the other hand sports a quad-core Snapdragon 821 SoC with two cores clocked at 2.35GHz and two cores at 1.6GHz, the Adreno 530 GPU, and 6GB of LPDDR4 RAM.

In comparison, the OnePlus 3T bears a 16-megapixel rear camera with a Sony IMX298 sensor, an f/2.0 aperture, OIS, and EIS. At the front, it bears a 16-megapixel camera at the front with a Samsung 3P8SP sensor and f/2.0 aperture. The OnePlus 3 and OnePlus 3T were both plagued by touch latency issues, and OnePlus claims to have solved the issue on the OnePlus 5 by using high-speed cameras that track the movement of the screen and input speeds. The OnePlus 5 sports LPDDR4X RAM, which OnePlus claims is 17 percent more power efficient than the previous LPDDR4 offering.

The OnePlus 5 sports a slightly smaller 3300mAh battery compared to the OnePlus 3T's 3400mAh offering, however, with "hardware and software optimisations" manages to deliver 20 percent more battery life than its predecessor - according to the company. Also being touted alongside is a feature called App Priority, which learns the apps users utilise most commonly to load them on startup. Apps that aren't commonly used are deprioritised. Another performance improvement is the use of UFS 2.1 storage and a 2-lane ROM, which together are said to double bandwidth.