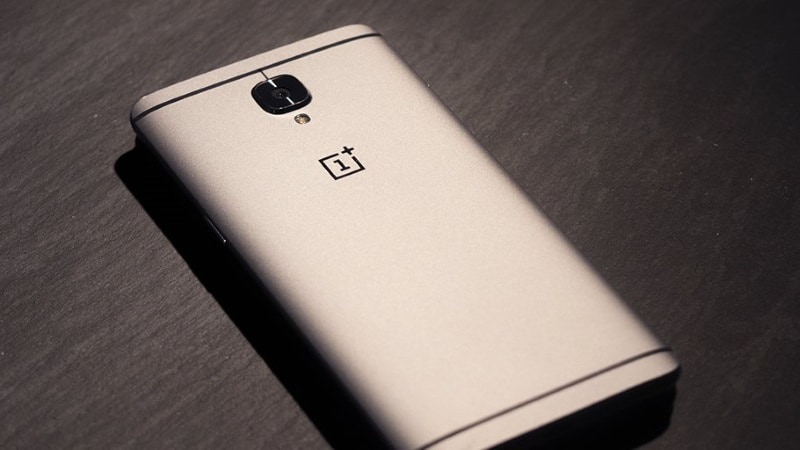 OnePlus is definitely knows how to keep potential buyers of its products engaged. While the company recently asked its users to choose the box design for its upcoming OnePlus 5 smartphone, it has now given users something more to talk about. After revealing that the OnePlus 5 will be "the slimmest flagship", the company has released a teaser image with a strong hint regarding the form factor of the smartphone. Separately, the specifications of OnePlus 5 have been leaked once again and a noted analyst has provided an estimate price for the smartphone.

Talking first about the official teaser, OnePlus on Thursday posted an image on Twitter with the caption "Look into the shadows. What do you 5ee?" In the image (at top), OnePlus 3T can be clearly seen but there is clearly something beneath it which is hiding in the shadows. As the company has replaced the letter "S" with numeral "5" in its caption, as it has done in previous teasers about OnePlus 5, it is a clear indication that the upcoming smartphone comes in a much compact form factor than earlier phones in the series.

As OnePlus CEO Pete Lau recently confirmed that OnePlus 5 is going to be slimmest flagship phone yet, though the translation causing the confusion whether he meant in the series or overall, the smartphone looks set to have a very user-friendly design that should easily fit in hands.

Moving on to the leaks, Android Authority has got its hands on the alleged OnePlus 5 retail box and if the leaked images are anything to go by, the heavily tipped dual camera setup on the phone will be marketed with tagline: "Dual Camera. Clearer Pictures." A leak posted on Chinese microblogging website Weibo has further indicated that OnePlus 5 will come with a 3300mAh battery, which will be notably smaller than the one on its predecessor that houses a 3400mAh battery, as pointed out in a report by PhoneArena.

As OnePlus has confirmed that it has slimmed down the design of the smartphone, a smaller battery capacity also sits in line with the available details.

Lastly, well-known analyst Pan Jiutang has shared his estimates regarding the pricing of OnePlus 5 on Weibo as he said that the upcoming OnePlus flagship is likely to be priced somewhere around CNY 3,000 (roughly Rs. 28,300), reports MobiPicker. As OnePlus 3T was launched by the company at CNY 2,699 (roughly Rs. 25,500) and the company has increased the prices of its smartphones with every new model, the estimate is likely not to be too far off. It has been speculated that this is the pricing for the 128GB variant of the phone and not for the 64GB variant, points out PhoneArena.

It is important to note that these are estimates for the Chinese pricing of the smartphone and Indian pricing of the OnePlus 5 is likely to vary depending on various factors.

This is heavy amount of speculation and leaks to digest and a pinch of salt should come in handy till the company finally decides to unveil OnePlus 5. Current leaks suggest that the phone is expected to launch on June 15.

Back to official teasers, and we know so far that the OnePlus 5 will launch this Summer, sport a Qualcomm Snapdragon 835 SoC, bear a front-facing fingerprint sensor, and feature a camera developed in partnership with DxO. The company also teased a camera sample showing excellent low light performance.