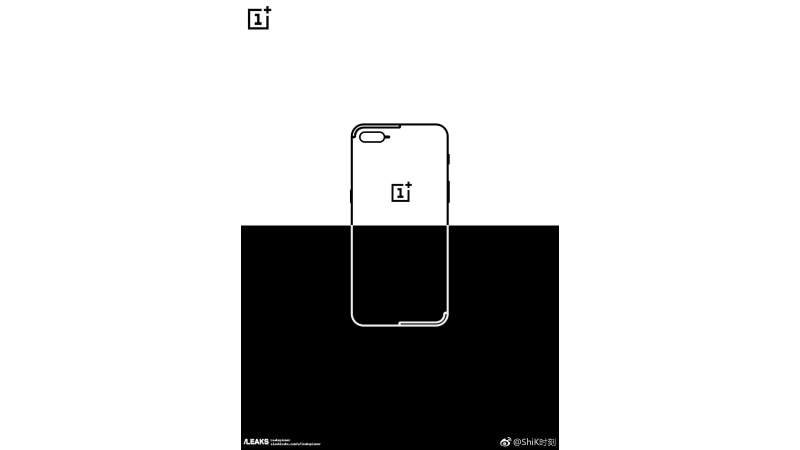 While there have been several confirmations regarding OnePlus 5 specifications, the camera setup orientation on the smartphone remains a myth. Just when we thought that we were receiving enough images with vertical dual camera setup orientation, an alleged teaser image of the upcoming OnePlus flagship has now suggested that the phone will have a horizontal camera setup at the back. Separately, leaked camera samples point to the use of a monochrome sensor.

The alleged teaser image of OnePlus 5 cover was posted on Chinese micro-blogging website Weibo, spotted by SlashLeaks, and suggests that the smartphone will be coming with a horizontal camera setup. Going by the leaked teaser, OnePlus 5 is expected to feature a dual-camera setup similar to that on iPhone 7 Plus.

Separately, a set of leaked images claimed to be taken from OnePlus 5 has now popped up on the Internet and indicates that one of the sensors in the dual camera setup will shoot in monochrome (black and white). The source who leaked the images has also suggested that the OnePlus 5 dual camera setup at the rear end will include a 16-megapixel sensor with an aperture of f/1.8.

As per the officially available information, we know that the OnePlus 5 will launch this Summer, sport a Qualcomm Snapdragon 835 SoC, bear a front-facing fingerprint sensor, and feature a camera developed in partnership with DxO. The company also teased a camera sample showing excellent low light performance.

In terms of optics, leaked specifications suggest OnePlus 5 will come with a 23-megapixel rear sensor and a 16-megapixel camera at front for taking selfies. As the phone has a dual camera setup at the back, how does 23-megapixel sensor fits in the scheme of things is currently unclear.

Apart from the cameras, OnePlus 5 is expected to run Android 7.1 Nougat out-of-the-box and feature a 5.5-inch QHD (1440x2560 pixels) display. The successor to OnePlus 3T has been suggested to be powered by a 2.35GHz octa-core Snapdragon 835 SoC coupled with 8GB of RAM. The OnePlus 5 has been tipped to come with 64GB built-in storage, which will be expandable up to 128GB.

In terms of connectivity, the upcoming flagship from OnePlus has been suggested to offer 4G connectivity, Bluetooth, Wi-Fi 802.11 a/b/g/n, and GPS.