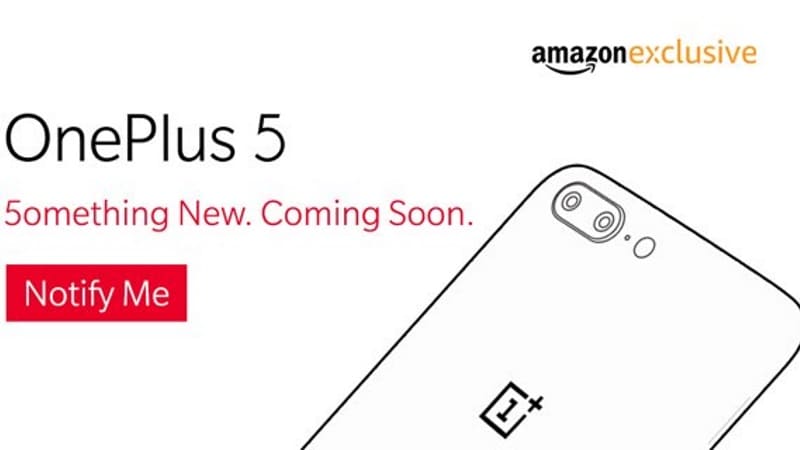 Earlier this week, OnePlus released a teaser that suggested that a new colour variant of its OnePlus 5 smartphone will be launched on August 7. While there were already speculations that the company might be unveiling a Mint Gold colour variant on the aforementioned date, the URL address of the teaser banner on Amazon India website has seemingly confirmed that a Gold variant of the handset is coming our way.

On Thursday, OnePlus posted a tweet to tell interested customers to head to Amazon India if they want to be notified about the company's upcoming announcement. However, little did the company realise that the image URL address of the teaser banner also mentions the word 'Gold'. This leaves little room for doubt that the Chinese company will launch a Gold colour variant of the smartphone.

Interestingly, the TENAA listing of the OnePlus 5 had earlier indicated the presence of a Mint Gold variant of the smartphone, which was not launched alongside the other colour variants last month. To recall, OnePlus 5 was originally launched in Midnight Black and Slate Gray colours at its launch.

Can the Headspace App Teach You How to Meditate and Be Less Stressed Out?
Nokia 8 With Android 8.0.0 Spotted, Nokia 2 Photos Leaked