OnePlus 5 Camera Sample Teased in Lead Up to Launch 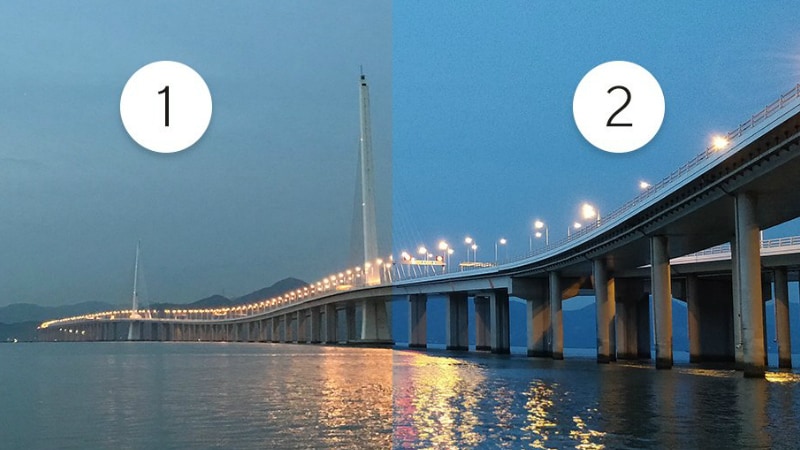 OnePlus 5 leaks have been overflowing, and the company has also started releasing bit by bit information about the smartphone to build the hype. OnePlus has confirmed that the device will be called the OnePlus 5, ditching the numeral 4, succumbing to superstitions in the Chinese culture. Furthermore, the device is also confirmed to be powered by the Snapdragon 835 SoC, and come in as many as four colour options. Now, a recent tweet indicates that the camera will see major tweaks, especially elevating low light photography on the OnePlus 5.

The tweet by OnePlus puts two images side by side, one with a blurry end result, while the other with crisp detail and proper exposure. The image is of a bridge at the brink of dusk, with street lights switched on. OnePlus asks its viewers to guess which image is taken by the OnePlus 5, and unless the company is trying to malign itself, we presume that the better quality second image is the one you should bet on.

There is no clarity on which smartphone is used to click the first image, so the comparison is quite vague. It could be the predecessor OnePlus 3T or any other Android device – one can only guess! Recent OnePlus 5 renders have revealed the design of the OnePlus 5 suggesting that the smartphone will sport a vertical dual camera setup, a patterned back, a metal frame, and a Home button in the front which will presumably house the fingerprint scanner.

Notably, OnePlus also recently claimed that the phone will be first flagship in India to feature Snapdragon 835 SoC. Apart from the processor, OnePlus 5 is expected to feature a 5.5-inch QHD (1440x2560 pixels) display. The successor to OnePlus 3T has been suggested to come with 64GB built-in storage, which will be expandable via microSD card (up to 128GB).