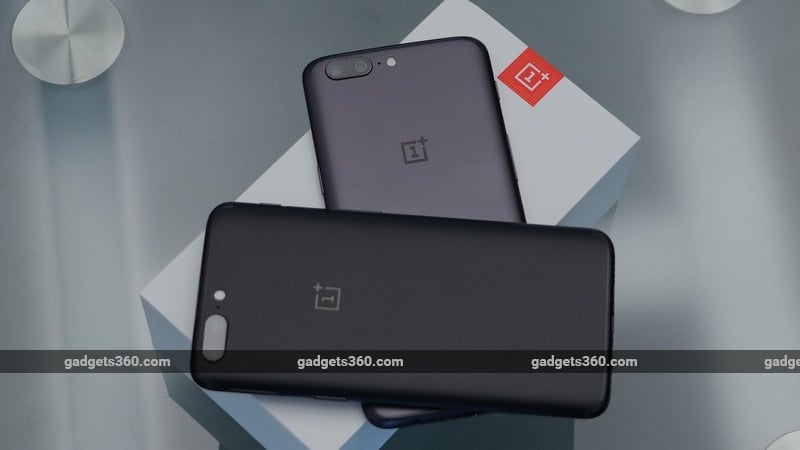 OnePlus 5 is now official, and on paper the smartphone looks spectacular. It packs the latest Snapdragon 835 SoC, up to 8GB of RAM, and much more. The smartphone’s initial reviews are also in, and most of them laud the fast performance of the OnePlus 5. However, a fresh investigative report claims that OnePlus has again used unethical methods to fool benchmark apps and has indulged in manipulating benchmark scores for its latest smartphone. However, this time, it’s more "blatant" and "consciously introduced."

This manipulation of benchmark scores was noticed by XDA Developers, and in its report states that the OnePlus 5 "resorts to the kind of obvious, calculated cheating mechanisms we saw in flagships in the early days of Android, an approach that is clearly intended to maximise scores in the most misleading fashion." As soon as the smartphone detects a benchmark app, the minimum frequency of the little cluster rockets to the maximum frequency i.e. 1.9GHz. With this technique, OnePlus achieved some of the highest scores on GeekBench 4. The other benchmark apps it affects include AnTuTu, Androbench, GeekBench 4, GFXBench, Quadrant, Nenamark 2, and Vellamo.

Without the cheating mechanism, the report claims that only 24.4 percent of results gave the 1.9GHz maximum frequency in the small cores, whereas when the manipulation was enabled, the number jumped to a whopping 95 percent of results. In February this year, OnePlus and Meizu were reported to be cheating on their benchmark scores by tweaking the CPU to an artificial clock speed, and once OnePlus was intimated, it promised to issue a fix in the next OxygenOS update.

When XDA contacted OnePlus this time around, the company’s spokesperson said, “People use benchmark apps in order to ascertain the performance of their device, and we want users to see the true performance of the OnePlus 5. Therefore, we have allowed benchmark apps to run in a state similar to daily usage, including the running of resource intensive apps and games. Additionally, when launching apps the OnePlus 5 runs at a similar state in order to increase the speed in which apps open. We are not overclocking the device, rather we are displaying the performance potential of the OnePlus 5.”

This statement is contradictory to what the report claims, "benchmark cheating puts the device into a state which is explicitly not how the device will run in day to day usage, and it is representing performance that you will not see in other apps that aren’t specifically targetted by such boosts."

The fact that OnePlus has been caught the second time manipulating benchmark scores is disappointing. Benchmark scores are used by journalists and professionals to ascertain the performance of a smartphone for comparisons. Creating an artificial environment for boosting performance is not expected from any smartphone company, and the fact that OnePlus has indulged in it twice needs to be discussed.

We expect OnePlus to rectify this mistake via a software update soon. Furthermore, this manipulation was found in review units sent to journalists ahead of launch, and it may not be the case in consumer units.