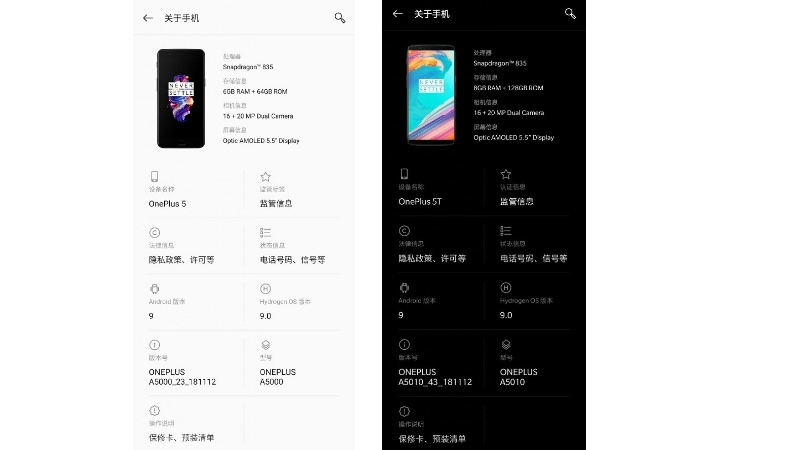 OnePlus 5, 5T to receive Android Pie by the end of the year

OnePlus CEO Pete Lau had earlier announced that the Android Pie update for older phones was delayed as developers need more time to work on the update for these phones. However, the company has now started rolling out the HydrogenOS 9.0 beta update based on Android 9.0 Pie for OnePlus 5 and OnePlus 5T users in China. For those unaware, HydrogenOS is the UI made for Chinese users, while OxygenOS is made for the global audience. Now that HydrgonOS 9.0 beta has started to trickle out, OxygenOS 9.0 beta build for these phones shouldn't be too far away.

Several users have posted screenshots of HydrogenOS 9.0 based on Android Pie beta version arriving on their OnePlus 5 and OnePlus 5T in China. If OnePlus follows tradition, then it will only be a matter of days before the OxygenOS 9.0 beta version starts rolling out for the global OnePlus 5 and OnePlus 5T users, given that Chinese users have started receiving the Android Pie beta update. The update seems to be not available publicly as of now, but that should change soon as well.