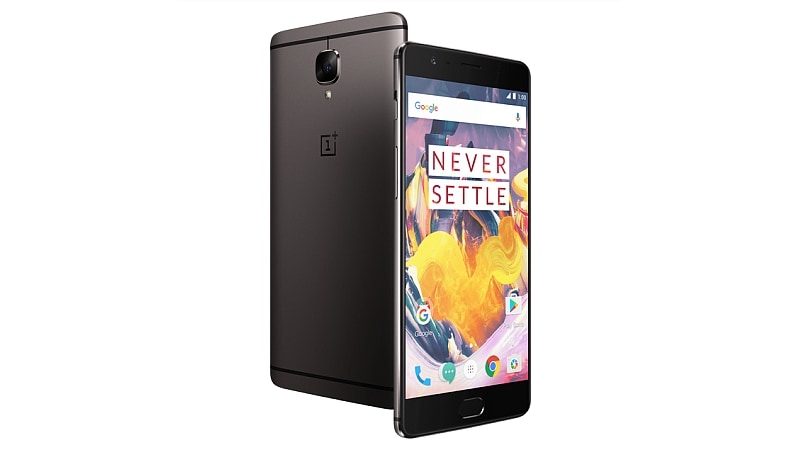 OnePlus 3T, the mid-cycle upgrade to the OnePlus 3 erstwhile flagship smartphone, was launched in India on Friday. The new OnePlus 3T is priced at Rs. 29,999 for the 64GB inbuilt storage model, and Rs. 34,999 for the 128GB storage model, making it the most expensive OnePlus device yet. Regarding the launch, both OnePlus 3T variants will be available starting 12.01am IST on December 14 and will be exclusively available on Amazon India.

OnePlus says it will begin manufacturing the OnePlus 3T in India from next month, starting with the 64GB variant. The OnePlus 3T smartphone was unveiled globally last month, and has since gone on sale in the US, Europe, and the UK.

The new OnePlus 3T smartphone features upgrades over its predecessor, the OnePlus 3 (Review), which was launched in June this year. The biggest differences between OnePlus 3T and OnePlus 3 are the inclusion of a faster SoC, a higher resolution front camera, a larger capacity battery, and increased inbuilt storage.

OnePlus 3T features a 16-megapixel rear camera with a Sony IMX298 sensor, an f/2.0 aperture, OIS and EIS, and PDAF autofocus. The OnePlus 3T selfie camera has 16-megapixel resolution and comes with a Samsung 3P8SP sensor and f/2.0 aperture. The smartphone is available in 64GB and 128GB inbuilt storage variants.