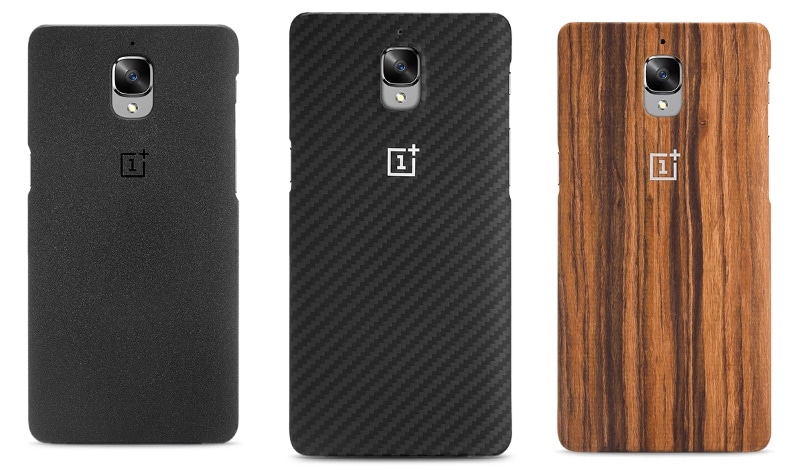 OnePlus is gearing up to launch its next flagship smartphone, the OnePlus 5, and reports peg its launch for later this month. The company recently announced that it will be discontinuing OnePlus 3T in major markets including India. Since it is the last chance to buy the OnePlus 3T before it goes out of stock, OnePlus is trying to catapult sales.

After offering a Rs. 1,500 cashback last week, the company has sweetened the mobile purchase deal once again. For a limited time till June 12, 07:59:59am, buyers of OnePlus 3T will get a free mobile cover worth up to Rs. 1,499 while making the purchase via OnePlus online store. There are three varieties available in the mobile cases - Sandstone (worth Rs. 899), Karbon (worth Rs. 1,499), and Rosewood (worth Rs. 1,499).

In addition, buyers of the OnePlus 3T via OnePlus' offline store at Brigade Road in Bengaluru will be eligible to get a free Sandstone case along with the handset. It is worth mentioning that OnePlus is betting big on its upcoming flagship and henceforth, it took a major decision to discontinue its seven month old smartphone OnePlus 3T.

As for the upcoming flagship, the OnePlus 5, it has been confirmed to launch later this month around June 15 and the company has also confirmed it will sport a Qualcomm Snapdragon 835 SoC, in addition to the fingerprint sensor being in front, and the camera being developed in partnership with DxO.