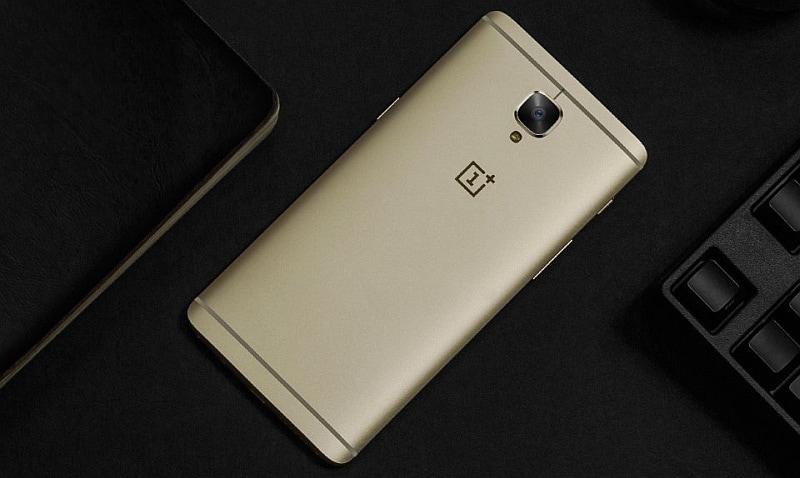 The OnePlus 3 Soft Gold variant sports the same price tag as the Graphite variant that was launched in India back in June. To recall, the Soft Gold variant first went on sale in Europe, Canada, and Hong Kong on August 1.

The dual-SIM OnePlus 3 (Review) runs OxygenOS based on Android 6.0.1 Marshmallow, and sports a 5.5-inch full-HD Optic Amoled display with Gorilla Glass 4 protection. The smartphone is powered by a Qualcomm Snapdragon 820 SoC that's coupled with 6GB of LPDDR4 RAM. The smartphone features a home button which sports a fingerprint sensor. It also comes with capacitive hardware keys, apart from the Alert Slider.

The OnePlus 3 has a 16-megapixel rear camera with a Sony IMX298 sensor, an f/2.0 aperture, OIS and EIS, and PDAF autofocus, apart from RAW image support, 4K video recording support, and a Smile Capture mode. The front camera bears a Sony IMX179 sensor, an f/2.0 aperture on the fixed focus lens, and benefits from EIS. It can also handle 1080p video recording. The OnePlus 3 sports 64GB of inbuilt storage, which is not expandable.