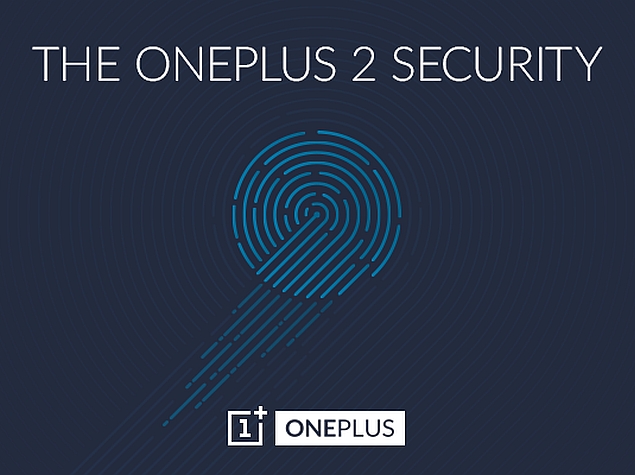 OnePlus has been dropping breadcrumbs every week as to what features its next flagship will have. After revealing the launch date - July 27, Qualcomm Snapdragon 810 v2.1 SoC, and USB Type-C port, the company has this time revealed the OnePlus 2 will sport a fingerprint sensor.

The Chinese smartphone maker in its latest blog post has made a bold statement claiming the OnePlus 2's fingerprint sensor is faster than Apple's iPhone Touch ID sensor. "With the OnePlus 2, the fingerprint sensor is done right. It's refined and lightning quick, unlocking your device faster than Touch ID. The average person checks their phone over 200 times per day. If you spend just three seconds inputting a PIN number or pattern, that's over an hour of your time gone each week," said the post.

The company adds it decided not to use the technology on the OnePlus One as it was only in its "concept" stage then, and was most of the times "inaccurate". The process also took longer than entering a password manually.

Using "one of the fastest sensors on the market", the OnePlus 2 users would quickly be navigated onto the handset's home screen. The smartphone will also be able to save up to five fingerprint profiles. "Your smartphone is your most personal device, and its security should be personal, too."

While the firm has announced the inclusion of a fingerprint sensor on OnePlus 2, it is yet to be seen if the sensor will be placed on the home button like the Samsung Galaxy S6 or iPhone 6, or on the back panel. If the latter, then the most recent leaked images of the smartphone with with what was claimed to be a fingerprint sensor below the rear camera appear to be accurate.

The exact price of the OnePlus 2 is also not known, though the firm earlier this month stated the price of OnePlus 2 would definitely be higher than $322 (roughly Rs. 20,500) or CNY 1,999.