OnePlus 2 Gets Listed on Tenaa With Images, Specifications 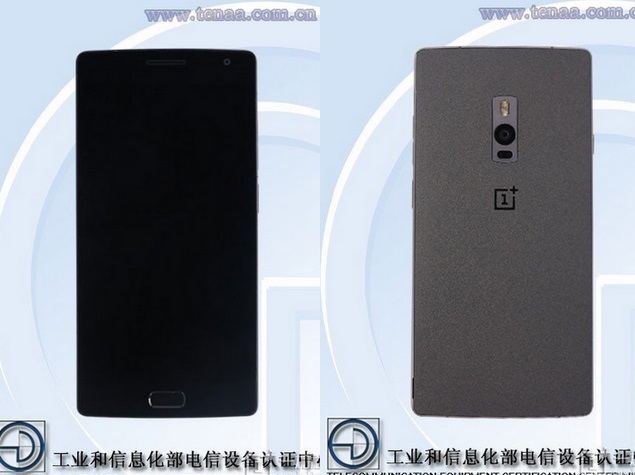 OnePlus 2 smartphone, ahead of its virtual reality launch event on Monday, has reportedly passed through the Tenaa (China's equivalent of the FCC) certification site.

The listing shows images of the yet-to-be-announced OnePlus 2 smartphone in its full glory. The front panel of the handset can be seen sporting oval physical home button that was just recently tipped to house the fingerprint scanner. The Tenaa listing image of the front panel is in line with recently leaked front panels' plastic cut-out which purportedly tipped the placement of the fingerprint scanner button below the display. The rear panel shows the autolaser focus on the OnePlus 2, and the company logo can be seen in the middle - similar to the one seen on the OnePlus One. In one of the Tenna listing images of side profile, a mute button can also be seen.

The biggest highlight of the Tenaa listing is it includes first images of the OnePlus 2 smartphone. It's worth noting that until now we have only seen mock-up images based on the leaks or have seen the new OnePlus flagship in sketch images.

Humans May Be Able to Live on Moon in the Next Decade: Study
Isro Hopes Its 'Big' Offering Will Benefit the Masses