OnePlus 10T durability seems to be the same as the OnePlus 10 Pro’s as both phones suffered catastrophic damage. 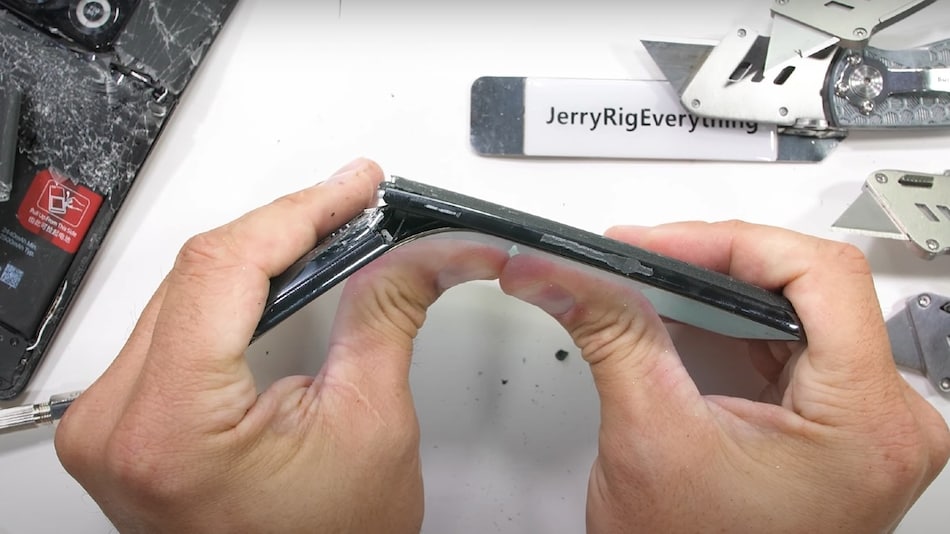 OnePlus 10T was launched in India earlier this month as the mid-year T-branded smartphone. It was put through a durability test by YouTube channel JerryRigEverything to ascertain whether OnePlus has improved the structural resistance of the phone. The test included a series of rigorous rounds where the phone was exposed to scratches and a bend test. Just like the OnePlus 10 Pro, the OnePlus 10T performed well in the scratch test round, but it failed to survive the bend test and literally snapped in half.

The six-minute video posted by Zack Nelson on his YouTube channel JerryRigEverything begins with the regular scratch test. The display of the OnePlus 10T gets Corning Gorilla Glass 5 protection. Just like most of the smartphones, the OnePlus smartphone also starts getting mild scratches at hardness level six on the Mohs scale and deeper grooves at level seven. The phone continued to work flawlessly even after scratches.

The OnePlus 10T durability test also included a round where the YouTuber used a lighter to burn the display. The AMOLED screen got toasted and received a permanent mark, but worked fine. The variant sold in the US gets an IP54 dust and water resistance rating and it was shown in the video that its SIM tray has a red-coloured gasket for water resistance.

OnePlus has downgraded from a metal frame on the OnePlus 10 Pro to a plastic frame in the OnePlus 10T. While the former doesn't retain the paint after getting scratched using a razor blade, the texture on the latter's back panel (Moonstone Black) ‘worked as a sandpaper for the Youtuber's blade'. The video by the JerryRigEverything channel showed that both the frame and glass back of the OnePlus 10T weren't strong enough to pass the bend test. The phone literally snapped in half — just like the OnePlus 10 Pro — and becomes unresponsive the moment it breaks from just below the camera module.