Project Ovaltine could be for the flagship OnePlus 10T or OnePlus 10. 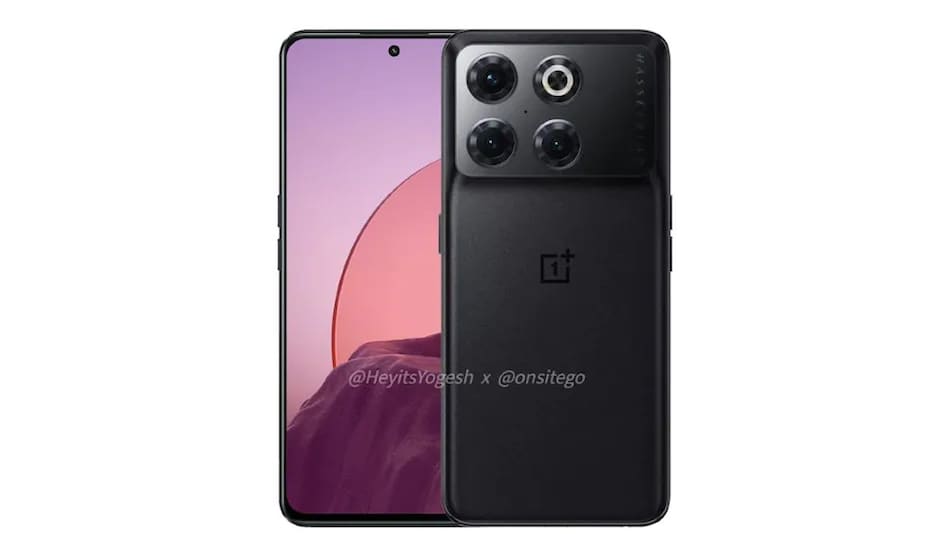 OnePlus 10T or OnePlus 10 has previously been tipped to feature a triple rear camera setup with a 50-megapixel primary sensor. Now, another tipster has shared the those (and more) specifications for the upcoming OnePlus smartphone. The handset is said to launch in the second half of this year. The tipster said that in the previously leaked renders of the smartphone the size ratio of the camera module was not designed correctly and also the colour match was wrong. The smartphone is also expected to skip the alert slider this time.

To recall, the renders of the smartphone showed the rumoured handset in black colour along with a triple rear camera setup. Tipster Digital Chat Station, while talking about these leaked renders, pointed out that, although, the arrangement of the front and rear cameras in the renders was correct, the size ratio of the camera module was not. The colour matching was also said to be wrong along with the integrated volume keys. Tipster also added that availability of Hasselblad of the smartphone is still doubtful along with the material of the middle frame.

Some key specifications of the OnePlus 10 series smartphone being developed under the codename Project Ovaltine are known. The smartphone is reportedly going to feature a 6.7-inch full-HD+ AMOLED touchscreen with 120Hz refresh rate. The handset is expected to come with Snapdragon 8+ Gen 1 SoC and a 4,800mAh battery. It is also said to run on OxygenOS 12.