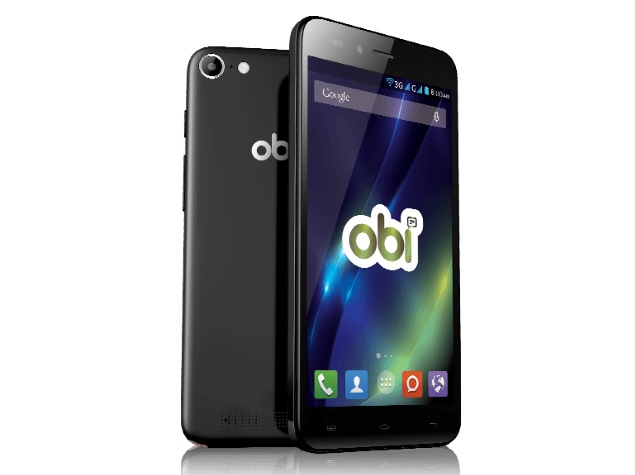 Obi has expanded its smartphone portfolio in India with the launch of the Boa S503, priced at Rs. 7,990.

The company has listed the Obi Boa S503 on its website with pricing details; however, there is no official word yet about the availability of the new smartphone. The company has mentioned a few online retailers, however, none of them yet list the smartphone for purchase.

The Obi Boa S503 runs Android 4.4.2 KitKat out-of-the-box, and is a dual-SIM (GSM+GSM) smartphone that supports one regular SIM and one Micro-SIM. It features a 5-inch HD (720x1280 pixels) TFT IPS display. The smartphone is powered by a 1.3GHz quad-core MediaTek (MT6582V/X) processor alongside 1GB of RAM. It includes 4GB of inbuilt storage that is expandable via microSD card (up to 64GB).

It packs a 2400mAh battery that is rated to deliver up to 6 hours of talk time and up to 230 hours of standby time. The Obi Boa S503 includes sensors such as accelerometer, ambient light sensor, and proximity sensor. It measures 140x70.8x7.8mm and weighs 120 grams.

Obi last month launched its budget model, the Alligator S454 at an MRP of Rs. 7,990, and a market operating price of Rs. 6,450. The company in November also launched the Obi Hornbill S551, which went on sale via an e-commerce site priced at Rs. 9,230.