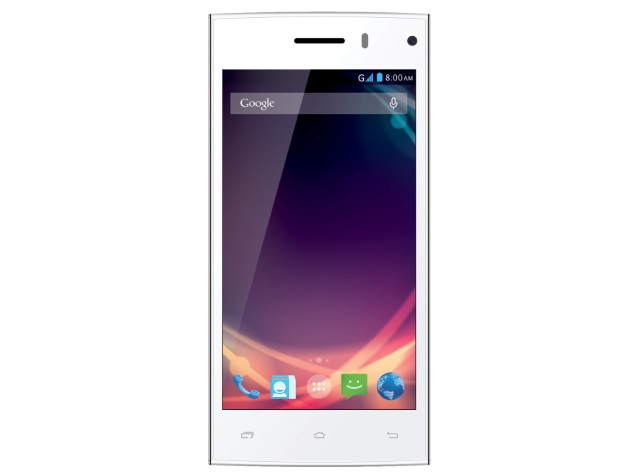 Obi, after launching the Hornbill S551 smartphone earlier this month, has now announced its new budget model, called Alligator S454. The new domestic handset brand has launched the Obi Alligator S454 with an MRP of Rs. 7,990, and a market operating price of Rs. 6,450.

The company however has not revealed details about the availability of the new Obi smartphone. We expect that the Alligator S454 to hit retail in the coming days.

The Obi Alligator S454 runs Android 4.4 KitKat out-of-the-box, and offers dual-SIM support (regular SIM + Micro-SIM). It features a 4.5-inch qHD (540x960 pixel) IPS screen. The smartphone is powered by a 1.3GHz quad-core MediaTek (MT6582) processor with Mali 400 MP2 graphics, with 1GB of RAM. The smartphone has 8GB of inbuilt storage that is expandable via microSD card (up to 32GB).

It sports an 8-megapixel rear camera with LED flash and a 2-megapixel front-facing camera. Connectivity options on the Alligator S454 include Bluetooth 4.0, Wi-Fi, Micro-USB, GPRS/ EDGE, A-GPS, and 3G. It packs a 1,600mAh battery with no word on the rated talk time and standby time. The Obi Alligator S454 also incorporates an accelerometer, an ambient light sensor, gyroscope, and proximity sensor.

Earlier this month, the Obi Hornbill S551, went on sale via an e-commerce site priced at Rs. 9,230. Notably, the company has yet to officially announce retail availability or pricing. The dual-SIM Obi Hornbill S551 runs Android 4.4.2 KitKat, and sports a 5.5-inch HD (720x1280 pixel) IPS display.

To Energize Sales, Nintendo Introduces Toys That Roam Virtual Realm
Black Friday and Cyber Monday Sales: How to Order From the US