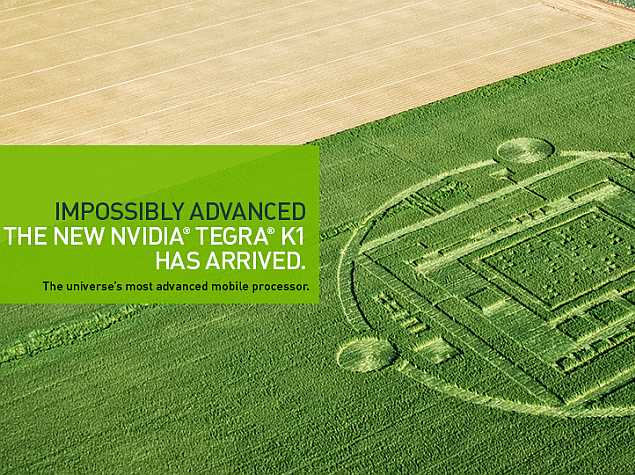 A 310-foot "crop circle" in a California barley field that mystified locals this week was explained Sunday: it was a publicity stunt by Nvidia Corp., a maker of chips for PCs and smartphones.

The crop circle near Chualar, Calif., contained a stylized image of a computer chip and the number "192" in Braille. On Sunday, the company announced the Tegra K1, a new chip for tablets and smartphones that contains 192 computing "cores," or mini-computers, for graphics applications.

Nvidia CEO Jen-Hsun Huang said at a press conference in Las Vegas, ahead of the International Consumer Electronics Show (CES), that he had given his marketing department the mission to promote the chip on a shoe-string budget. The crop circle received wide attention. Rumors of Santa Clara, Calif.-based Nvidia's involvement appeared Sunday before the press conference.

The circle was plowed under a few days after its discovery.

Tablets are becoming a popular platform for gaming, undermining Nvidia's core business of creating powerful chips that enhance the look of PC games. It's had some success with its chips for mobile gadgets like smartphones and tablets, but has been overshadowed by Qualcomm Inc. 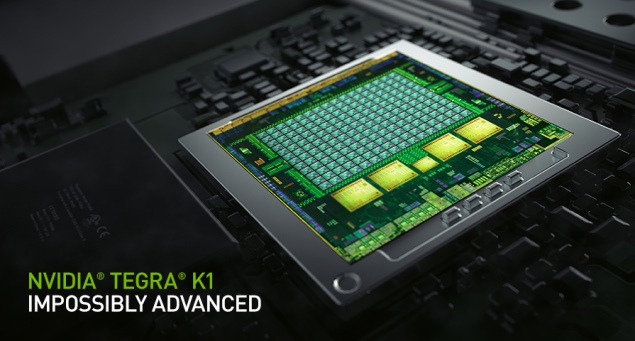 In the new Tegra K1, the graphics component based on its "Kepler" design, used in high-end PCs. The chip would makes for a tablet more powerful than an Xbox 360 or PlayStation 3 game console, while consuming one-twentieth the power.

The 192 cores in the new chip compare to Nvidia's previous flagship, the Tegra 4, with 72 graphics cores.

Huang demonstrated near photo-realistic simulations of environments and human faces, run on the new chip. He said Epic Games will adapt the next version of its Unreal Engine, the basis for many popular games, so that it will work on the chip. He didn't announce when the chip would be available or any gadget makers that were adopting it.