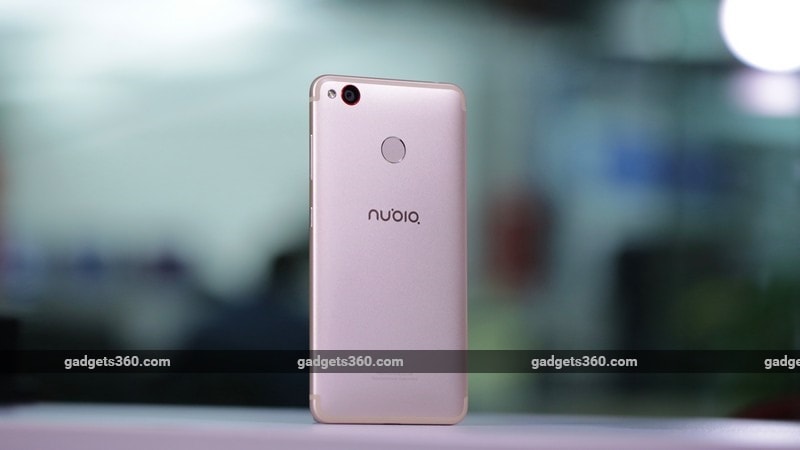 ZTE brand Nubia has brought a new smartphone to India. Following its launch in China back in October, the Nubia Z11 mini S was on Monday launched in India. The smartphone is exclusive to Amazon India, and has been launched only in a single variant in the country - 4GB RAM/ 64GB storage. The Nubia Z11 mini S price in India is Rs. 16,999, and it will become available from 4pm IST on Tuesday in Khaki Grey and Moon Gold colour variants.

The biggest highlight of the Nubia Z11 mini S - the fourth model in the Nubia Z11 series - is its rear camera. Nubia has decided to use a 23-megapixel rear camera with a Sony IMX318 Exmor RS sensor and phase-detection autofocus (PDAF) that is coupled with contrast autofocus and said to focus on objects in as little as 0.1 seconds. Other rear camera specifications include an f/2.0 aperture and a sapphire protective lens. On the front, it bears a 13-megapixel Sony IMX258 CMOS sensor with PDAF and contrast autofocus, an f/2.0 aperture, and an 80-degree wide-angle lens.

Under the hood is the 2.0GHz octa-core Snapdragon 625 processor with 4GB RAM. The 64GB of inbuilt storage is expandable via microSD card (up to 200GB), however, the smartphone uses a hybrid dual-SIM setup - with the second SIM card slot doubling up as the microSD card slot.

The company is touting NeoSafe 2.0 technology to make NFC-based payments secure. The Nubia Z11 mini S comes supports the FiT 2.0 technology as well, which allows to activate certain preset functions when the user swipes on the left or right edge of the screen. The 3000mAh non-removable battery comes with NeoPower 2.0 power management functionality.