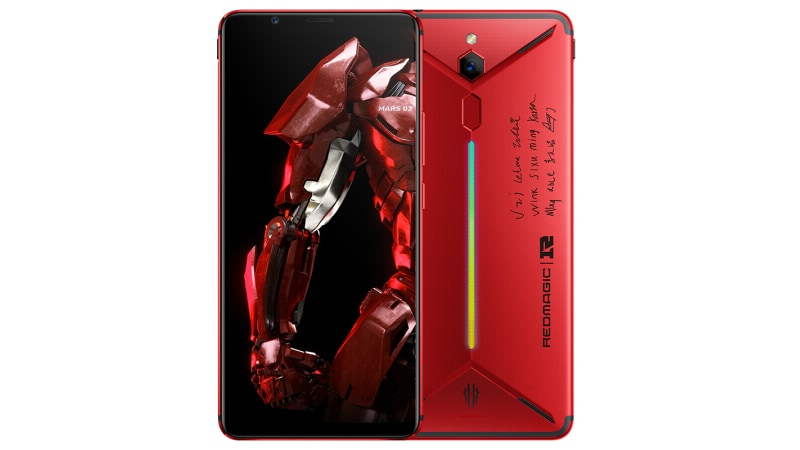 The specifications of the Nubia Red Magic Mars RNG Edition are identical to the Nubia Red Mars. The single-SIM (Nano) smartphone runs Red Magic OS 1.6 on top of Android 9.0 Pie and features a 6-inch full-HD+ (1080x2160 pixels) display with an 18:9 aspect ratio. Under the hood, there is an octa-core Qualcomm Snapdragon 845 SoC, coupled with 8GB and 10GB RAM options.

On the optics front, the Nubia Red Magic Mars RNG Edition features a single, 16-megapixel rear camera setup along with an f/1.8 aperture and phase detection autofocus (PDAF). There is also an 8-megapixel sensor at the front along with an f/2.0 aperture.

Nubia has also provided a DTS 7.1 channel along with 3D surround sound along with an RGB LED panel. Besides, the phone has liquid and air cooling technology that is claimed to increase CPU performance by up to 70 percent by reducing the temperature by up to 13.2 degrees.