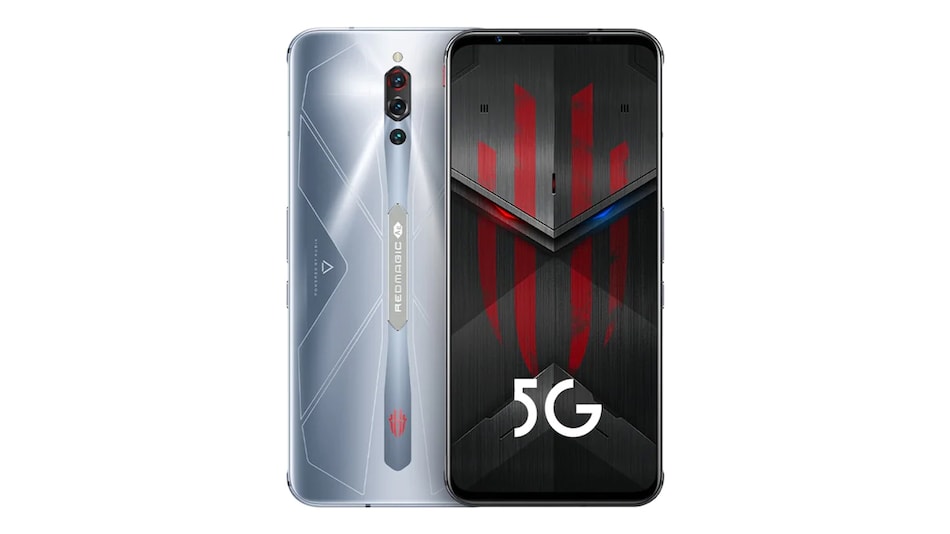 Nubia Red Magic 5S global availability has been announced, and pre-orders have begun in several countries outside of China. The base model of the smartphone is priced at EUR 579 (roughly Rs. 51,000) in the European Union, while pricing for other regions including the US and the UK has also been revealed. The company expanded the Red Magic 5 series of gaming smartphones in July, and added Nubia Red Magic 5S to the list already featuring the Red Magic 5G and Red Magic 5G Lite handsets. The latest phone comes with Qualcomm Snapdragon 865 SoC, and features ICE 4.0 cooling system that is backed by a centrifugal fan with a speed of up to 15,000rpm.

Those interested can visit redmagic.gg, choose their location and pre-book the Red Magic 5S. As mentioned, the pre-orders started in European countries, including France, Germany, Italy, Poland, Spain, Sweden and the UK. It will also be available in Middle Eastern countries like Kuwait, Macao, Saudi Arabia and United Arab Emirates. People in South Asian countries like Hong Kong, Indonesia, Israel, Japan, Singapore, and Australia can also pre-book the smartphone. The Nubia handset will go on sale starting from September 2. The availability of the smartphone in India is not known yet.

Launched in July, the Nubia Red Magic 5S sports a 6.65-inch full-HD+ AMOLED display with 1,080x2,340 pixels resolution, 19.5:9 aspect ratio, 144Hz refresh rate, and 240Hz touch response rate. The display comes with TUV Rheinland certification and up to 4,096 levels of automatic brightness adjustment setting. The gaming smartphone features top-of-the-line specifications and comes with an octa-core Qualcomm Snapdragon 865 SoC that has a maximum clock speed of 2.84GHz. The SoC is paired with up to 16GB LPDDR5 RAM and 256GB UFS 3.1 storage.

For photography, the Nubia Red Magic 5S features a triple rear camera setup with a 64-megapixel Sony IMX686 primary sensor along with an f/1.8 lens. It is paired with an 8-megapixel sensor that has a 120-degree ultra-wide-angle lens, and a 2-megapixel macro snapper. On the front is an 8-megapixel selfie camera. It is a dual-SIM (Nano) smartphone that runs on Android 10 with Nubia UI (Red Magic OS) on top. The phone packs a 4,500mAh battery that supports 55W air-cooled fast charging.

The Nubia Red Magic 5S has a USB Type-C, a 3.5mm headphone jack and an in-display fingerprint sensor. Customers can also pair the phone with a number of accessories listed on the website. One of them is Ice Dock, which is essentially the company's proprietary ICE 4.0 system that uses a combination of both thermal and air cooling to reduce heat generation. There is a centrifugal fan that is paired with a silver-plated heat sink. The L-shaped liquid cooling tube helps dissipate heat from various components.