The Nubia Red Magic 5G has two shoulder buttons and a high refresh rate screen for a great gaming experience. 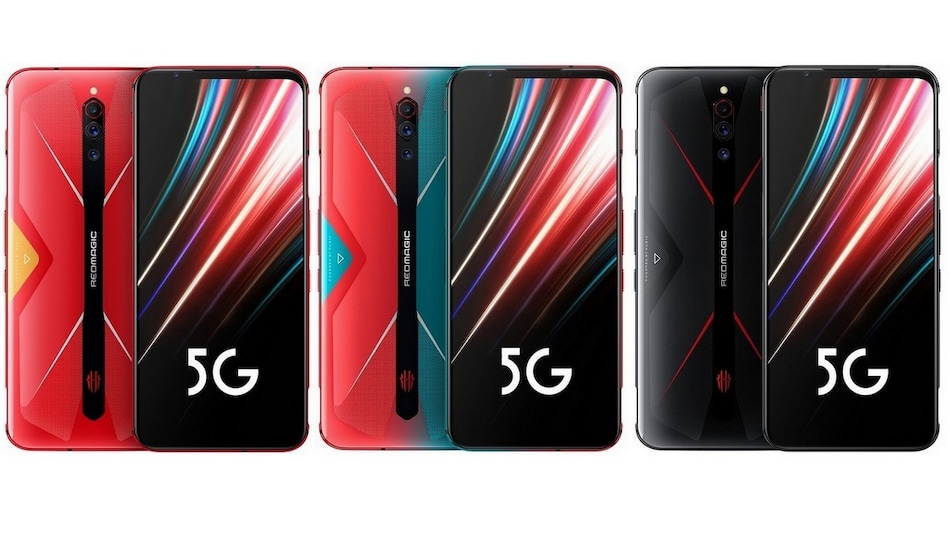 Nubia Red Magic 5G gaming smartphone has finally been announced by the company in China. The phone packs a 144Hz refresh rate screen and is powered by an octa-core Snapdragon 865 SoC. The Red Magic 5G is the first and as of now the only phone to have such a high refresh rate screen. It is available in four RAM and storage configurations with the top end variant coming with 16GB RAM and 256GB storage. There are three colour options namely, Hacker Black, Mars Red, Cyber Neon, as well as a transparent edition.

The Red Magic 5G is up for pre-sale in the Chinese market on the Jingdong Mall website with a deposit of CNY 100 (roughly Rs. 1,000). It will be officially launched on March 19, according to the company's Weibo page. There is no information on global availability.

Coming to the cameras, there are three on the back with the primary being a 64-megapixel Sony IMX686 sensor, an 8-megapixel super wide-angle sensor as the secondary shooter, and a 2-megapixel macro lens. The selfie shooter on the Nubia Red Magic 5G is an 8-megapixel lens with f/2.0 aperture.

For storage, the Nubia Red Magic 5G comes with 128GB or 256GB of UFS 3.0 storage with no expandability. For connectivity, the phone comes with 5G support, Wi-Fi 6, GPS, Bluetooth, and a 3.5mm headphone jack. There is an in-display fingerprint reader as well. The battery that backs all of these impressive specifications has a capacity of 4,500mAh and supports 55W air-cooled fast charging. Nubia states the Red Magic 5G charges at 55W 10A which can get the phone to 56 percent in just 15 minutes.

Talking about the dimensions, the phone comes in at 168.56x78x9.75mm in size and weighs 218 grams which makes it a relatively chunky smartphone. There is a geomagnetic sensor, a gyroscope acceleration sensor, and an ambient light sensor in the Nubia Red Magic 5G. Nubia has also added an air and liquid-cooled dual cooling system that has a 1 gram ultra-light fan that can spin up to 15,000RPM to prevent overheating.

There are two IC shoulder buttons on the Red Magic 5G with up to 300Hz touch sampling rate which allow for a better gaming experience. It has 7 dock points on the side as well that allow you to connect accessories.