Nubia Red Magic 5G will be powered by the Snapdragon 865 SoC and have a 144Hz display. 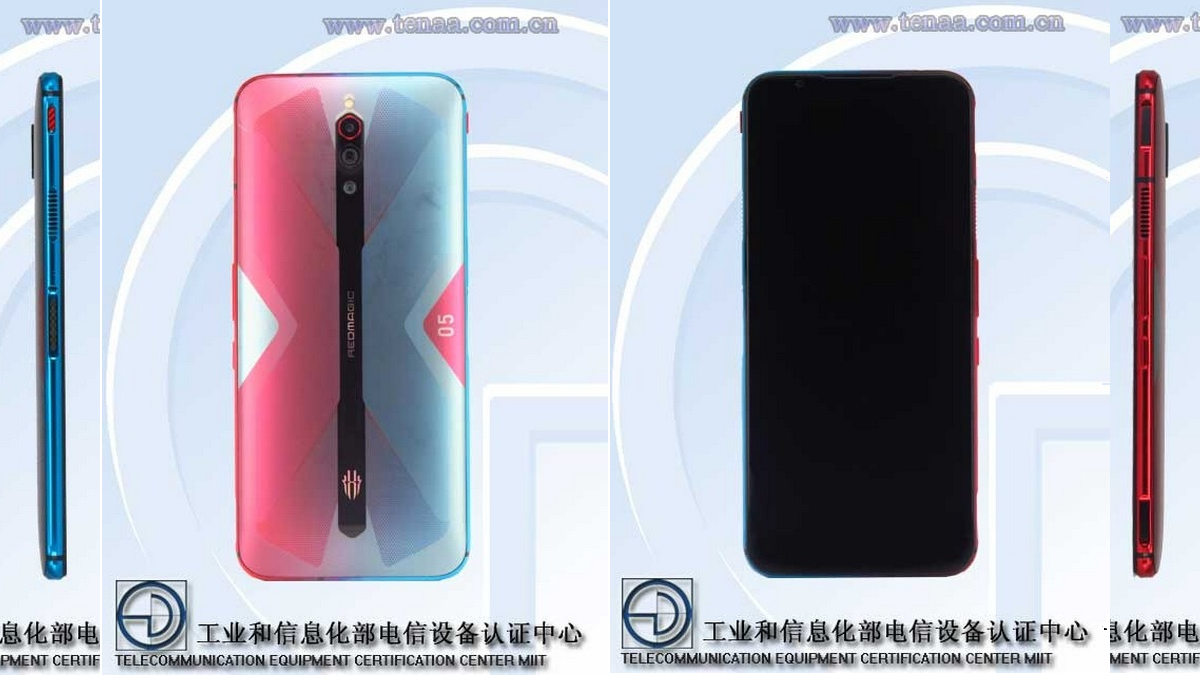 Nubia Red Magic 5G has three cameras on the back

Nubia Red Magic 5G was recently spotted on Chinese regulator TENAA's database sporting a very out of the ordinary colour scheme. The images show the back of the phone with pink colour on one vertical half and light blue on the other. Both colours become darker as they move towards the edges of the edge with the pink turning to red and the light blue turning to a darker shade. There's a centrally located black strip that runs down the back of the phone and houses the rear cameras.

The phone is listed under model number NX659J on TENAA and states that it supports 5G-enhanced mobile broadband (eMBB) technology. The two colours can be seen from the front as well, giving the Red Magic 5G quite a distinct look. The right side shows the capacitive shoulder buttons and the ventilation grills, along with the power button and volume rocker. The left side, or the blue side, has another ventilation grill, an alert slider, and what looks like a proprietary connector. The black strip on the back carrying the Red Magic logo also houses the three cameras. There is also a ‘05' badge on the blue side of the phone.

On the inside, the Red Magic 5G is confirmed to sport a Snapdragon 865 SoC, up to 16GB of LPDDR5 RAM, and will run on Android 10. 8GB and 12GB RAM variants are also expected thanks to Geekbench listings. Reportedly, the previous TENAA listing of the phone stated that it would have a 6.65-inch screen and a 4,400mAh battery. Dimensions of the phone are 168.56mmx78mmx9.75mm. It is confirmed to have a 144Hz screen which will be highest in any phone. And, as the name suggests, it will support 5G.

The company previously teased that the Red Magic 5G will have an “air-cooled fast charging solution” which will use the built-in fan to prevent the phone from overheating while charging rapidly. As of now, there are no details about the pricing and availability of the phone.