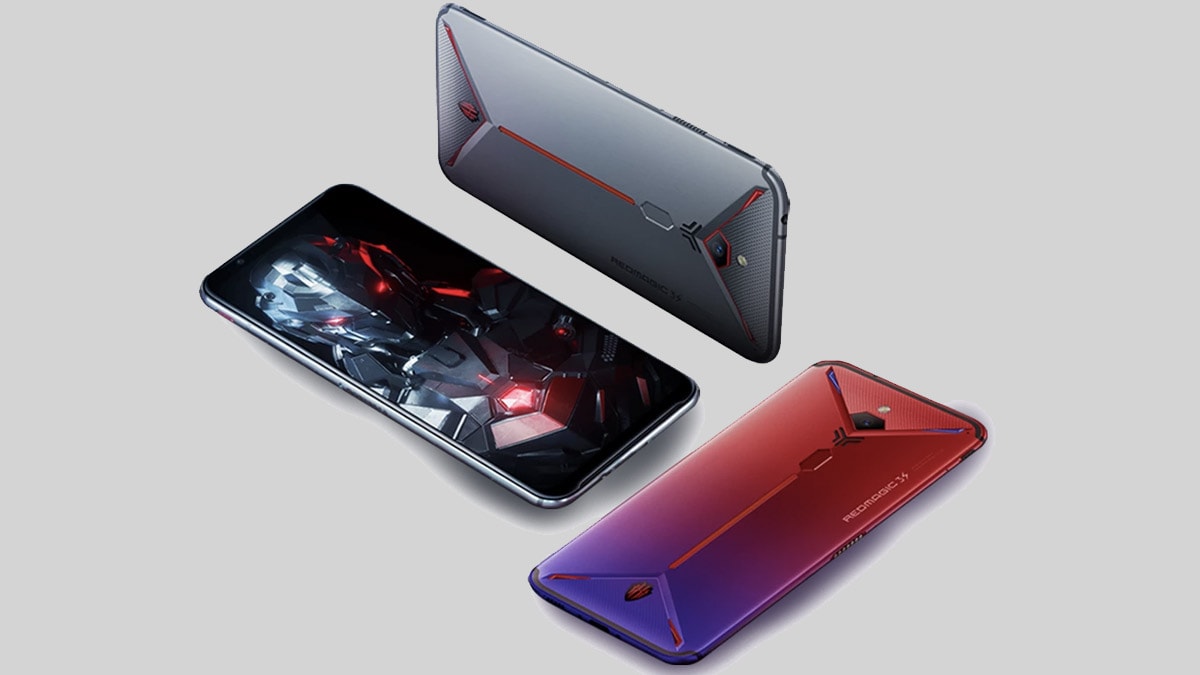 The Nubia Red Magic 3 gaming smartphone was launched in May this year. We got a chance to put the device to the test and were happy with its gaming capabilities. It is already known that Nubia is planning a successor called the Red Magic 3S. The company has scheduled a launch event for October 16 to launch the new smartphone. Surprisingly, ahead of the official launch, the Chinese smartphone maker has confirmed the pricing and availability details of the Red Magic 3S for different markets.

The higher-end variant with 12GB RAM and 256GB of storage is priced at $599 (roughly Rs. 42,600). This variant has a Cyber Shade gradient colour option. The company has mentioned that the smartphone will go on sale in global markets on October 16, including the US, Canada, United Kingdom, the EU, Israel, Hong Kong, Japan, Singapore, Taiwan, Indonesia, Macau, and Australia. India isn't on the list, so we aren't sure if the company is planning on launching the smartphone in India at this point.

The Nubia Red Magic 3S is powered by an octa-core Snapdragon 855+ SoC and will have up to 12GB RAM and 256GB of onboard storage. It has a 6.65-inch AMOLED HDR display with a 90Hz refresh rate. It also packs a 48-megapixel primary camera and a 16-megapixel selfie shooter. Additionally, the smartphone packs in a 5,000mAh battery with support for 27W fast charging.

The Red Magic 3S will run Red Magic OS 2.1 skin on top of Android Pie. It has a USB Type-C port and a 3.5mm headphone jack. The smartphone will two variants, one with an internal fan and the other with liquid cooling.